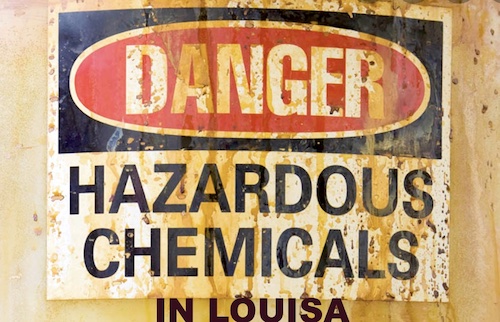 MIXING BLEACH AND TOILET BOWL CLEANER IS REFERRED ERRONEOUSLY ON THE INTERNET AS THE INGREDIENTS FOR MUSTARD GAS, BUT POTENT BREWING OF THE PAIR IS STILL VERY HAZARDOUS WHEN TOGETHER

An elderly couple from just outside the Louisa city limit area are now back home and resting, after they were earlier taken to Three Rivers Medical Center early Thursday evening after a chemical reaction between bleach and toilet bowl cleaner, according to officials with the Louisa Volunteer Fire Department said.

When emergency and fire-rescue units responded to the scene, they discovered that both of the victims had some difficulty breathing, Louisa firefighters said.

The incident was reported around 6 P.M.,at a house residence along State Route 644, in the Walbridge community area just outside of the southeastern part of Louisa.

According to the firefighters, by the time they arrived at the home, it had been thoroughly ventilated by the elderly couple’s grandson, and that the grandson had properly secured the home. The grandson told emergency responders that there was no fire at the residence, just fumes.

The grandson called Huntington, West Virginia television news station WSAZ later Thursday night to report that his grandparents were already released from Three Rivers Medical Center. Aside from being shaken up from the incident, both of them are doing well, he said.