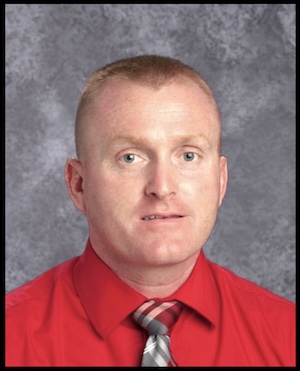 Mr. Matt Maynard was named as the next principal of Louisa West Elementary On December 23, 2021.

“Mr. Maynard brings a variety of experiences to his new position including 6 years at “Upper” Louisa Elementary (as it was called several years ago), 8 years as a special education teacher at Louisa West, and over 7 years in administration, LC Supt. Dr. Rob Fletcher said.

“Also, Mr. Maynard has been involved in coaching students at various levels, K-12, over the past two decades.  While he will be missed at Louisa Middle, I look forward to his work with the Pups and staff members at Louisa West.”