LEGISLATIVE UPDATE: ‘…let us remember that we rise by lifting others’ 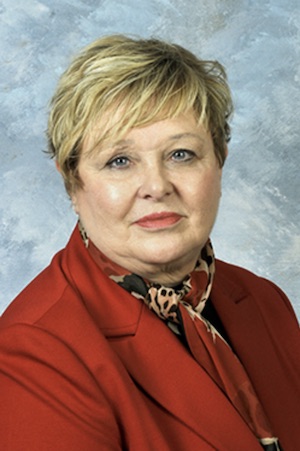 As we celebrate Christmas, let us remember that we rise by lifting others

Kentuckians have endured a great deal of tragedy over the course of our state’s history. Natural disasters, man-made tragedies, and health crises have all taken their toll and left us forever changed. However, as we learn more and more about the impact of the tornadoes that traveled across Kentucky in the early morning hours of December 11, it is clear that this catastrophe is epic in its size and scale.

The weather forecast for December 10 and 11 was clear – almost every region would see heavy storms and dangerous winds with the possibility of tornado activity, a rarity in December. However, few could have imagined what happened during the hours between dusk and dawn; no one knew that the resulting storms may set the record for the longest continuous tornado in American history, leaving multiple fatalities and devastating destruction across four states. More than 30 tornadoes were reported across six states, stretching across the Mississippi Valley, Southeast, and Midwest. One of those tornadoes quickly became known as the “Quad State Tornado,” because it was believed to have barreled through Arkansas, Missouri, Tennessee, and Kentucky. However, the National Weather Service released a report that the tornado technically only remained on the ground through three of the four states, but that Kentucky bore the brunt of a separate 165.7 mile, E4 tornado from the same supercell.

Early reports showed great damage in the Graves County seat of Mayfield, but we quickly learned that one storm entered the state in Fulton County and continued through Ohio County and possibly farther. Another line of storms appears to have entered in Todd County and traveled through Bowling Green. While the National Weather Service works to confirm reports and provide more accurate information, we continue to learn more about the supercell’s damage and destruction. As of this legislative update, the Kentucky death toll stands at 77, including 13 children. Those who perished range from two months old to 98 years old and each has family and friends who mourn them. Some have been recovered in such terrible shape that medical examiners are forced to use DNA to identify them.

While not comparable to the loss of life, it is staggering to consider that property damage could reach billions of dollars. Although much is insured and most will be rebuilt, the entire landscape of towns like Mayfield and Dawson Springs will never be the same.

None of this is easy, but the fact that this is happening just days before Christmas makes these losses even more painful. Instead of gathering with family, many will be mourning lost folks. It is during this time when Kentuckians find the strength to hold up their fellow man. In Galatians, the apostle Paul calls on us to “Carry each other’s burdens, and in this way you will fulfill the law of Christ.” After all, we were never meant to do life alone. We need the love and care of others as much as we are needed by others.

I believe we are seeing this now in the thousands of toys collected to make Christmas happen for children who have lost everything. We see it in the hundreds of first responders, utility workers, and emergency management personnel who traveled to the area within hours of the storms. It is clear in the hospitality and housing offered by nonprofits, neighboring communities, and even our Kentucky State Parks. It is also obvious in the millions of dollars donated to local and statewide funds. It was evident in the face of a Tennessee man who drove his grill and a truckload of food to Mayfield to feed anyone who was hungry. When asked, he said he just “figured I would do what I could do.” Ultimately, we see the best in people when we are in the midst of the worst. There will be more needs as the search and recovery phase evolves into a commitment to rebuild. We will meet those needs, we will rise by lifting others.

In the meantime, this year the message of Christmas reminds us that even the most difficult circumstances can lead to the greatest gift known to man.

I hope you will not hesitate to reach out to me to share your thoughts on the issues coming before us in Frankfort. As always, I can be reached at home anytime or through the toll-free message line in Frankfort at 1-800-372-7181. You can also contact me via e-mail at Norma.KirkMcCormick@lrc.ky.gov. You can also keep track of interim committee meetings and prefiled legislation through the Kentucky Legislature Home Page at www.legislature.ky.gov.