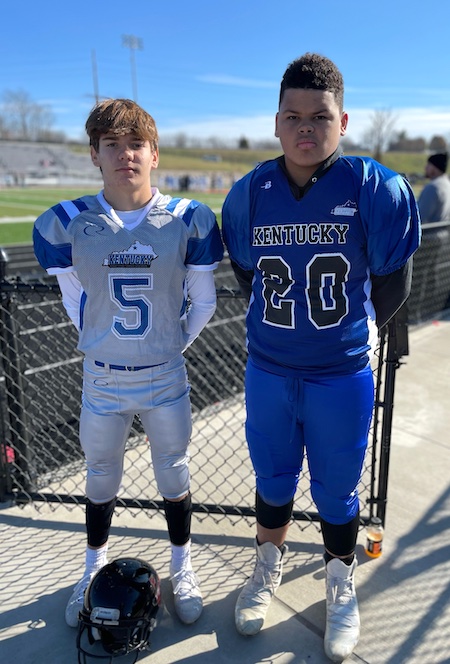 Both kids caught passes for their respective teams during the all star games.

Carlo Chicko ( WR ) played in the 7th grade game and made the FBU team. Carlo traveled to Kansas City, Missouri this past weekend and his team went 2-0 and will now travel to Naples Florida for the National Championship.

Carlo had two receiving touchdowns in the victory.

Basically the top 30 from each grade are selected for team FBU (Kentucky travel team). Then they choose the next 40 players for the All-Star game & events.

“… I am super proud of the kids who made all area and ky all-stars. When folks look at our record this year in middle school, we were average. However, what you don’t see is the number of players that were injured, quarantined or sick this year. It was insane. We were able to play one or two games all season without several starters unavailable.”

“… I am not at all surprised at the success/recognition these players have received. Coach Short will be very happy about this entire group.”

“… Luke Fetherolf I don’t think I’ve ever put more on any player in my coaching career than I did Luke. I had him run an entirely new offense, I had him pre-snap and post-snap reading essentially every down. As a team, we threw it more than I have ever seen a Lawrence Co. team throw it. Even our run plays were predominantly post snap reads. Luke is a very special kid that took it all in stride. He can beat you with his arm or legs and is a lock down corner. The kid has ice in his veins and is a future superstar at LC.”

“… Carlo Chicko is a Hard-nosed, athletically gifted player that cares more about his team than himself. He put in the work in the off-season and now he’s one of the best seventh graders in the state. I think the KY all-star team is learning what a special player he is. Carlo can literally play every position on the field.”

“… Ty Brooks has the size and athleticism to be D1. He had the best hands on the team and would do anything I asked him to do with a smile on his face. Ty would have been able to contribute on most high school teams as an eight grader.”

“…Owen Pack has as much D1 potential as anyone in the area and maybe the state. He has great hands, athleticism, and feet. He was probably the most competitive person on our team (including me). Despite it being his first year playing football, he became a leader on the field and a player that knew the offense and defense inside and out.”

“… Braxton Davis is an elite athlete that missed a significant portion of the season due to illness and quarantine. When he asked me my thoughts about trying out for All-Stars, I explained to him that he would be shoe-in at receiver or corner. He has great hands and speed. His toughness is what surprised me the most. This kid can do anything on the field.” 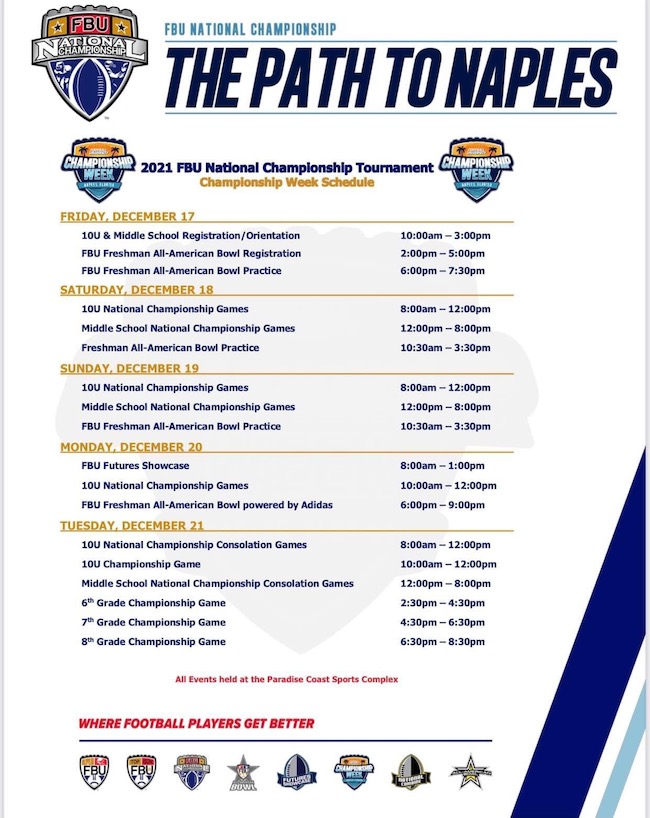