GROWING UP IN LOUISA: Getting Ready for Christmas Eating

Getting Ready for Christmas Eating

Over the last couple of days, my wife Suzie and I spent some time making cookies in anticipation of the upcoming Christmas season. We started with several dozen ginger cookies which were not too sweet but just right. The recipe is from a 1930’s cookbook. During that time sugar was seldom available due to the Great Depression. No doubts the adult visitors may enjoy these with some hot chocolate on the side. Another two batches were of an oatmeal, chocolate and butterscotch variety we had invented by accident a few years back. The two chip result was loaded with flavor and tempts me every time I go through the kitchen. 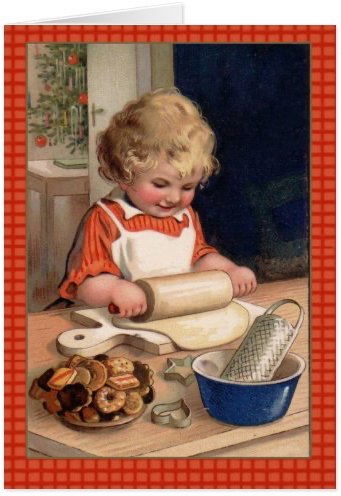 I remember when my mom allowed me to help make dozens of sugar cookies back in the day. There were two kinds as I recalled. One batch required the dough to be rolled out so cookie cutters shaped like Santa, Christmas trees, and stars were placed on the greased baking sheet. The other required the use of a squeeze press directly onto the cookie sheet and baked. Both kinds were allowed to cool before being decorated with icing and sugar sprinkles. I remember being so excited as I watched over them while they cooled on wire racks.

It was the season that we laid up a lot of tins of cookies and candies, so to be a good host when company arrived. Boy, the waiting was tough!

While we sometimes had some candy from the candy counter at the corner grocery store, and some chocolates in Whitman’s Samplers that we purchased at Ed Land’s Sundry. To my taste the best candy was homemade. Of course we didn’t make candy canes, or hard candy such as rock candy. We did make some world-class fudge and the best potato peanut butter pinwheels.

By far, my favorite was the special Christmas candy that was sold in tins only during this time of year. We got a piece a day leading up to Christmas, if it lasted that long. It was unusual in that it was so creamy and flaky it melted slowly on your tongue; taking several minutes to dissolve. It coated the inside of my mouth. It was Heavenly!

Later, as an adult, I searched high and low for this candy to share with my growing family. I went to large candy shops in several towns and cities. I searched the web to no avail. I inquired of relatives and never missed a chance to ask friends from Louisa. Finally, through email, I remembered to ask my classmate and good friend, Betty Hager Cooke. She recounted this story to me that made this memory even more special. 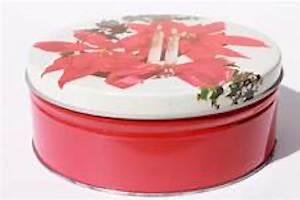 “Cream candy……….many memories…..first, as you know, my grandparents lived on a Pastor’s salary and Grandmother was extremely frugal; she had a dime jar and put all of her dimes in it, and when she had “enough” she used that money for major purchases, e.g. freezer, washing machine, etc. She made the subject Cream candy and fruit cakes (which she baked in the 1 lb coffee tins that everyone saved for her all year.) This was how she funded her Christmas gifts, as well. She would get up early and start her first batch of candy and then go outside on the cold porch, spread it out on the marble and pull it as it cooled. Then she rested a few minutes and started another batch.”

“Pulling the candy was hard work, but she loved doing it. She took orders from all over the USA and mailed it out, again in those coffee tins. After dinner she would make one more batch, even though we tried to get her to rest. She did this daylight until dark all during the Christmas season. And then baked lots of fruitcakes, (I would help cut up the fruit)…I also liked the cream candy and used to sneak a piece.”

“On Christmas all the family gathered, but we could not eat until she made “plates” for those less fortunate and delivered them. I remember Mrs. Ratliff, a shut-in who lived in a corner house by the railroad, but I don’t know others that we took food plates to, but it was important to her to see that they had a homemade meal on Christmas.”

Betty passed the story and recipe to me and I have begun a family tradition of making this wonderful stuff. It required me to go out and find some marble slabs and a candy thermometer, and then remember around Thanksgiving to round up the special ingredients. It is fast and fun to make once everything, including the weather, cooperates. Now, for the reader’s benefit, Betty and I have agreed to share this very special recipe, so I hope the tradition will fit into your Christmas schedule, too. We would be pleased to think other families would keep this going. By the way, I think I’ll go get a piece.

It is important that you read the entire recipe before starting making the candy.

Caution: Be sure not to stir while cooking. Pull the candy outdoors in cold weather.

Put sugar and boiling water together and let boil over fire to hard ball (250 degrees F) stage on a candy thermometer without stirring. Put salt and soda in the half & half and add slowly by the tablespoon while still boiling. After candy starts boiling the second time, add butter and let boil to hard ball stage again (250-270 degrees F)

Pour onto a cold, buttered marble slab. Wait until it gets cool enough to pull and not burn your hands (Usually around 2 minutes). After pulling it for a time, it will get real stiff. When it gets real stiff, stretch the candy out on a cabinet and cut it with scissors into about 2” pieces. Let the candy lay for about 15 minutes and then put it in a tin can, with waxed paper separating the layers, and store the can until the candy creams (about a month, or a little less). This is why it is best to make this around Thanksgiving, so it is ready to enjoy at Christmas.