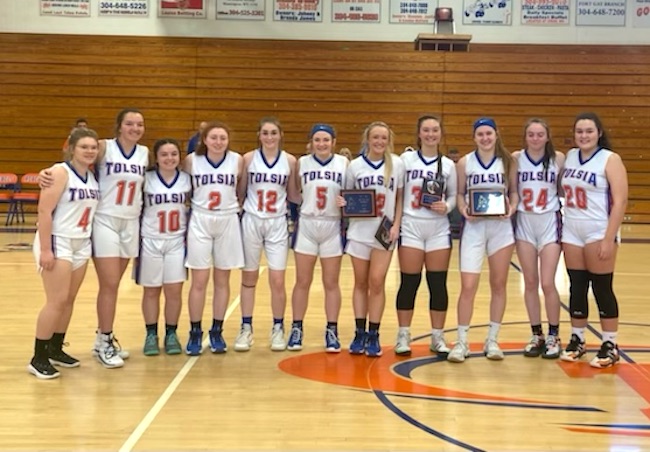 In the Championship game the Rebels outscored the Statesmen 25-13 in the final period to pick up the victory.

Autumn Block was named the MVP of the BJM/Keyplayer Shootout. 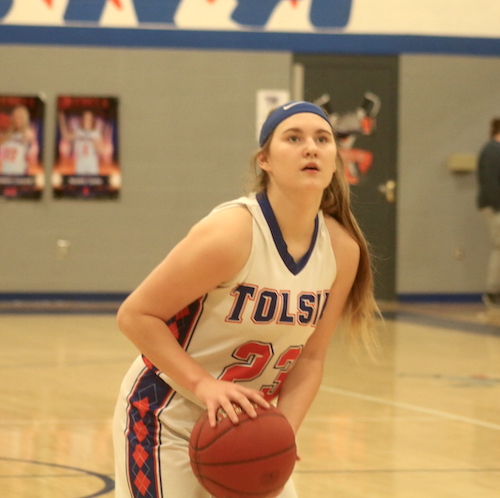 Lynndsey Cassell made the all tournament team in the BJM Shootout. 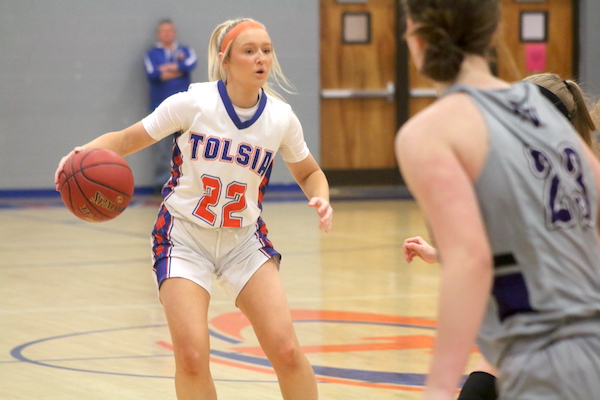 Tolsia went 8 of 10 from the foul line and hit 8 three pointers.

New Hope Christian hit 3 three pointers and went 13 of 20 from the foul line.

In the opening game of the tournament the Rebels overcame foul trouble to squeeze by the #8 team in single A.

Kerigan Salmons made the All Tournament team in the BJM Shootout. 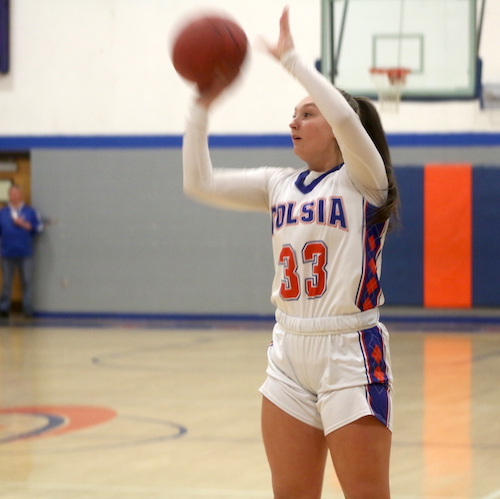 Tolsia hit 2 three pointers and went 15 of 26 from the foul line.

The Raiders hit 2 three pointers and went 18 of 34 from the foul line.

Tolsia will return to action on Saturday against Phelps on the road at Noon.

“… I am really proud of our team for the determination they showed against two very good teams. To win the BJM/Shootout is an honor and a great accomplishment for everyone. We still have a long way to go this season and a lot of areas to improve in, but it is a good start.”

“… I want to thank everyone that helped make the BJM/Keyplayer shootout a great event again this year. A special shout-out to tournament director, Mr. Jake Arbaugh and the administration at Tolsia High school for the help and support of the tournament.”