Hazard, Ky. —  Lawrence Co. Girls basketball started the season 1-1 after a 70-27 victory on Thursday against Hazard.

The Dawgs picked up their first victory of the season with a road win over the Hazard Bulldogs.

Sophie Adkins led the team in scoring against Hazard on Thursday. 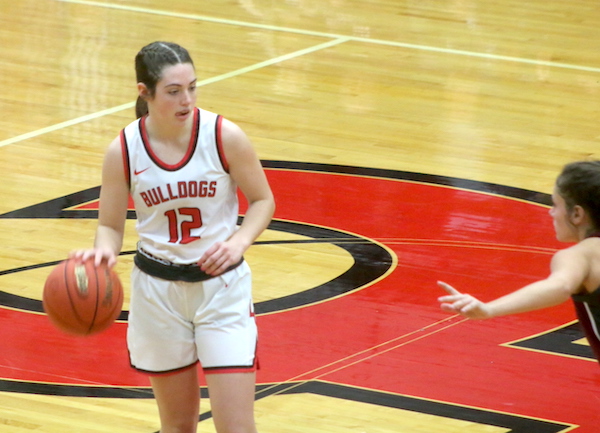 Lawrence Co. hit 11 three pointers and went 5 of 6 from the foul line.

In the home opener on Tuesday the Comets shot lights out and came away with the victory.

Kensley Feltner looks to pass the ball in the Dawgs home opener. 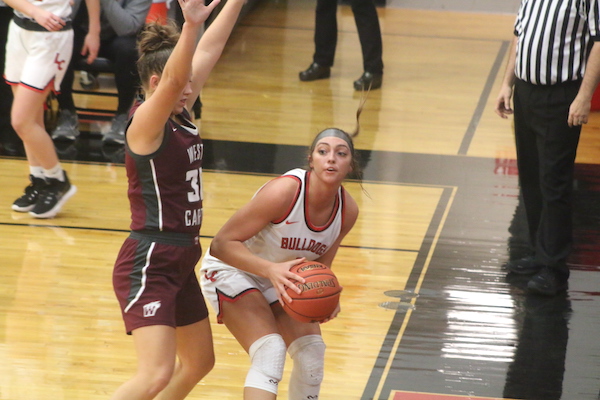 The Bulldogs hit 4 three pointers and went 4-8 from the free throw line.

Kaison Ward looks to inbound the ball against West Carter on Tuesday. 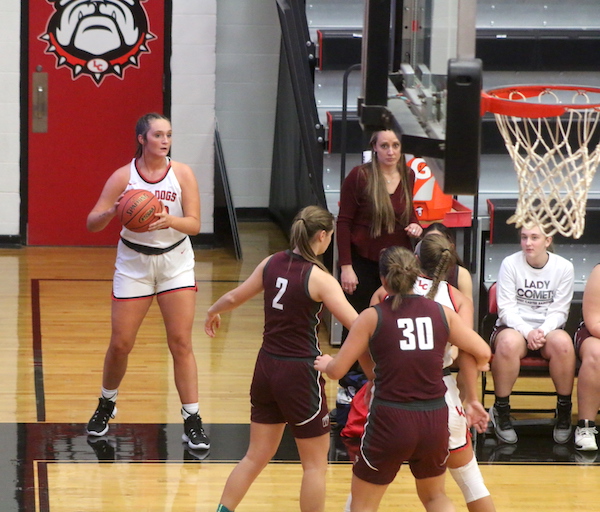 The Dawgs will return to the court with a trip to Salyersville to face Magoffin Co. on Tuesday before hosting Johnson Central on Friday night.

“… What a great home opener for us. Great crowd and awesome atmosphere. Yes we came up short against a really good West Carter team but we wanted to be tested early and that’s what they gave us. This is a game in which we learned a lot about ourselves. We learned what we need to improve on and that’s what we want early in the season.”

“… The season is a marathon not a sprint so we want to take it game by game and improve to get better. We have a solid team and I love how my girls play. We are just working every day on being more disciplined and consistent. West Carter shot almost 58% from the floor and we shot
38%. It’s gonna be tough to overcome that shooting in any given game. We didn’t defend well and felt sorry for ourselves when our shots weren’t falling. We’ve told our girls we’re gonna have bad shooting nights and when that happens we still have to play defense regardless of what’s happening on the offensive end. We’ve worked hard this week to hammer that point through their heads.”

“… We went on the road Thursday to play a young Hazard team. We worked hard to figure some things out defensively and let our shooters get back on track. We need to take these early weeks and get better every game. The road doesn’t get any easier for us. We play Johnson Central and Shelby Valley in the next 2 weeks.”

DR. GLENN MOLLETTE: What about the other Ethan Crumbleys?