GROWING UP IN LOUISA: Christmas Trees

A part of my traditional childhood activities included placing an evergreen tree as the centerpiece of holiday festivities. This practice apparently rose centuries ago from pagan religious practices that became mixed with Christian practices in celebrating the birth of the Christ child. It was the latter part of the eighteenth century when what we know as a Christmas tree appeared somehow in Germany. This is evidenced by the song ‘O Tannenbaum.’ Other similar pagan practices amalgamated with Christian traditions including hanging wreaths, putting up greenery, having special meals, and giving gifts, such as modeled by the Magi. Tradition gave us the spirit to include this as part of winter celebration. (Don’t forget the mistletoe!)

The traditions of multiple cultures mingled with the integration of folks into the U.S. from Western Europe and other places into various communities. Since I have already done the Ancester.com search, I can clearly say that my ancestors were English, perhaps with a speck of Scot and Irish. Does that make me a Celtic writer? Well, maybe just a person of Celtic bloodlines who is writing about his memories of Christmas trees in our developing American holiday practices. 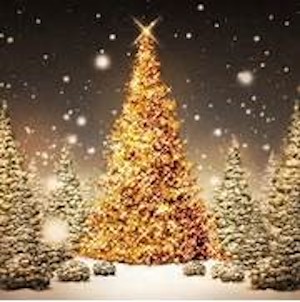 The most common activity we adopted included the Christian church’s celebration of the nativity. That was based upon the Biblical version detailed in Luke 2. How we accepted the mid-European practice of bringing in an evergreen tree to decorate is beyond me. Still, one cannot imagine not having a Christmas tree, or perhaps several Christmas trees to decorate our homes. From this practice we clearly see it as part of getting with the spirit of the season. While Christmas trees may have come from Germany, the practice is now so widespread that we can find them in nearly every Christian household around the world, as well as some homes of people of other faiths.

The legends of Santa Claus, or Father Christmas, who delivers gifts to all ‘good boys and girls,’ easily made the trip across the no longer broad expanse of oceans and has tied neatly into the notion of placing ‘gifts’ under the tree to be opened on Christmas morn. That is how I remember my Christmases past.

Back in the day, live trees were cut from the forested hills around our little town, or from people we knew that lived outside of town. While many have memories of cutting those trees and dragging them home, I was involved in this kind of thing only a couple of times. I’m sure this was partly because of my tender age, not having equipment or land, or the proper skills to prevent my untimely death under a falling sapling. My great-aunt, Shirley Chapman, a high-school math teacher, usually reached out to her students who lived and worked on farms to provide for our family’s needs. I’m guessing she likely paid them some reasonable amount to have them cut and deliver a tree. I do remember seeing a freshly cut tree on the front porch. My cousin, George and I, were given the job of fitting it into a metal stand in front of a window in our living room. Once lit, the lights gave public notice we had finished our decorations. I recall that my Aunt Shirley was a stickler that our tree was a cedar. I never knew why, but as might be normal with kids, I figured she must be right.

There are two general types of Christmas trees in today’s marketplace: real and artificial. An artificial tree is the new kid on the block, so to speak. They were a pretty sorry lot those first years, but have greatly improved over the years. I know, many people still swear by having a real tree, perhaps because of strong family traditions, or maybe because they like the smell of greenery in the house. It might also be because of some rebellious idea that a ‘fake’ tree does not meet traditional requirements. People have the right to that opinion. Others prefer a tree that can be used multiple times and that creates less mess. Let’s consider the attributes of real trees: 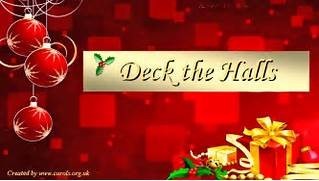 The more popular real trees are Balsam Fir, Nobel Fir, Scotch pine, and Douglas fir. Some of these, and others have a citrus smell, while others have less fragrance. Some have thicker branches, or have a manmade perfect cone shape, or are known for keeping their needles intact longer. While Eastern Red Cedar is popular with many, Blue Spruce is a favorite of others. At my age, I don’t really care so long as it looks like a Christmas tree and can hold the family heirloom decorations. I suspect the grandkids worry more about the presents underneath.

Fake trees are typically made from plastic or aluminum. The aluminum ones came out as a shiny product of midcentury modern (1950’s) styling since this went with the sleek, contemporary décor of the day. Some of us thought they were ‘too artificial’ and garish and smacked more of space travel. Sputnik and trips into outer space were all the rage and so we were ‘with it.’ I’m afraid that I wasn’t and still don’t like the ‘retro’ look.

Plastic trees have come a long way in that some now closely resemble the real thing. It is hard to tell that it isn’t real once it is fully dressed in decorations. Today, the more expensive ones are ‘pre-lit.’ That solves the problem inherent with running strings of lights. Electric lights, of course, are far superior to using ‘old fashioned’ real candles that risk a real risk of starting a fire. Open fireplaces are problem, enough.

Ornaments represent another issue. I know that today my family has a mixture of some very nice trinkets that we continue to pull out every year. When we open the boxes it’s like seeing old friends. Comments such as ‘This is my favorite,’ or ‘I forgot about this one,’ punctuates the conversations. We see the one we made by hand years ago for mom’s special gift. We dig out and discover afresh an old framed picture of a child now grown and having children of their own. Garlands and loads of icicles finish the tree except for an angel, or star on top.

Christmas lights have changed over the years. In earlier days bulbs were heavy and when one burned out, the whole string would not work. Finally this irritant was fixed. It was the early fifties when we ran out to the Western Auto and purchased a set of bubble lights. Once they were warmed up bubbles were sent up each of long-stemmed bulbs. I loved watching them and shouting out when each respective bulb began to work. Life was exciting in those days, and noisy, too!

Like growing children everywhere, I had to learn how to place the icicles carefully by hand. I knew some families that merely threw them randomly, but my family were sticklers for doing it right. Later it became my job to train my little cousin Julia on how to place them correctly.

My family has traditionally called the kids, even after they’re grown, to meet to decorate the tree and to make gingersnap cookies, sugar cookies, and have some eggnog for refreshments. When the tree is finished then mom puts up the remainder of wreaths, garlands, nativity displays, nutcracker dolls, holly, and mistletoe. The teens pretend to shy away from the kissing spot, but grownups have no trouble collecting kisses, even if the mistletoe is plastic! Who knows what really happens when we are distracted or sent to the kitchen to whip up some more Christmas cookies? We are surely not far off from putting those mysterious piles of packages under the tree. Perhaps a careful shake will give us early answers. . . 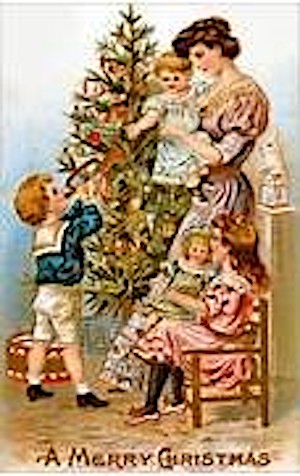 Decking the halls with boughs of holly is a family effort and builds memories for young and old alike. Breaking out records of Christmas Carols is part of the evening. We sing along with Bing Crosby, Andy Williams, Gene Autry, Nat King Cole, Burl Ives, or others. While these old memories are refreshed for us old folks, new memories are created for the young. I’ve learned by experience that the kids don’t like it when we depart from tradition. They find security when everything is done in the same way and in the same order.

It’s a good time to take a breath, relax, and pull up some of those memories. Maybe you’ll be in one of mine? I strongly feel that the richness of sharing and repeating traditions can’t be beat. We all can make life exciting and fun, if not for ourselves, then for our friends and families. After all, we merely need to ‘deck the halls.’

Now is the time for me to stop writing so I can watch the ‘Polar Express,’ ‘A Charlie Brown Christmas,’ or ‘How the Grinch Stole Christmas.’ No matter how old I get, I still enjoy watching the kids watching these films. What a blessing traditions are to families!  Be Blessed, my friends!

LOUISA DAR HAS LUNCHEON FOR VETERANS