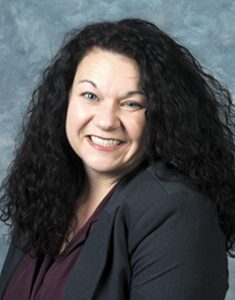 In a move that is as regrettable as it is expected, the General Assembly seems poised to sneak through new redistricting maps without the public getting even the slightest peak before they begin their quick run through the House and Senate.

Going against every national trend and best practices offered by redistricting experts, the Republican majority is pressuring Governor Andy Beshear to call a special legislative session in the days ahead to pass these maps.  If that doesn’t happen, this work will almost certainly take place early next month, shortly after the legislature returns to the Capitol for its regular meeting.

So, why should Kentuckians care about any of this?  Because those drawing these maps hold tremendous power – power to dilute or amplify your voice as a voter; power to protect incumbents and legislative majorities; and power to make primaries far more important than general elections, the chief reason behind our growing political divide.

As important as it is, redistricting doesn’t exactly generate the headlines we routinely see for controversial cultural issues and budgetary matters.  It can seem dry and obscure to most, since the bills are filled with Census and precinct data guided by a dizzying array of legal rules.  The final product is little more than several color-coded maps that are difficult to decipher without expertise and hours of study.

And yet nothing the General Assembly does will have a bigger impact on Kentucky’s future until this process starts over in the early 2030s.  That is why it is so consequential, and why it is so important to get right.

Redistricting dates back to our country’s earliest days and is designed, in the wake of each Census, to make sure “one person, one vote” really means what it says.

That doesn’t necessarily mean each vote is equal, however.  Thanks to technology and granular voting information, redistricting has become an exact science, which has made it much easier for those in charge to pick their voters rather than the other way around.

Gerrymandering, as this practice is called, has been with us for well over two centuries, and we don’t mean to single out either party, because there is a long history of both sides of the political aisle taking advantage of it.

However, the gamesmanship has become especially corrosive in recent decades, leading more and more Americans to distrust both government and elections, the twin foundations of our democracy.  Regaining that trust won’t be easy, but it starts with meaningful public input and transparency among the very elected leaders who stand to benefit the most from the maps they themselves draw.

There’s little chance we’ll see that in the days ahead, however.  Indeed, the potential harm starts right away, because candidates seeking office have to file under the old maps before the new ones are in place.  That will give the majority party the opportunity to cut their opponents out of redrawn districts altogether, or at least make it much tougher for those candidates to win.

If Republican leaders want to avoid this unfair scenario – and they should – those maps need to be publicized at least a month before the General Assembly votes on them.  Ideally, the leaders will wait to finalize this process in 2023, which would give candidates, courts and the public alike months to review the leaders’ proposals without the pressure of an upcoming legislative election.

By maintaining the current map for another cycle, we can avoid the legal chaos we saw in 2012 and 2013, when state and federal courts were asked to rectify constitutional and voting-rights matters.

Recently, during the annual meeting of the National Conference of State Legislatures, experts told us and our colleagues across the country that openness and inclusiveness are absolutely necessary to restore the public’s faith in their government and those elected to lead it.

We have the time to get this right, and it’s imperative if we want a government that represents who we really are, not what the mapmakers want us to be.  It’s no overstatement to say your voice in state government depends on it, and we urge you to make yourself heard.