Prepares for Pro-Life Battlefield in Kentucky 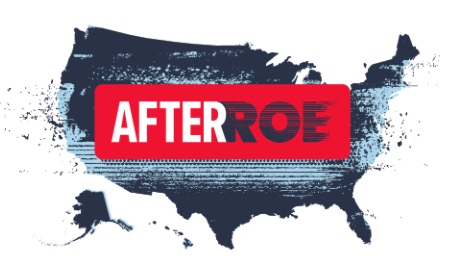 As Supreme Court hears Dobbs case, The Family Foundation is equipping citizens for what comes After Roe

WASHINGTON, D.C. – Today, as the Supreme Court hears a direct challenge to Roe v. Wade, The Family Foundation joins national group Family Policy Alliance in a campaign that prepares for what comes After Roe. Their vision: 50 pro-life states, including Kentucky.

Whether in today’s Dobbs v. Jackson Women’s Health Organization case or another future case, many legal experts believe Roe v. Wade’s days are numbered. But a Roe reversal would not automatically outlaw abortion across America. Instead, experts agree that most likely, each state would be responsible for regulating abortion. Each state would decide the destiny of their unborn children.

After Roe, Kentucky is well positioned to ban nearly all abortions, both chemical and surgical. It has passed a “trigger law” that bans abortions in nearly all circumstances once Roe is overturned.

“After over 62 million lives lost, Roe’s reign of terror must come to an end,” said David Walls, The Family Foundation’s Executive Director. “The right to life is the most fundamental right given by God, and every state should have the right to protect its most vulnerable citizens.  After Roe, Kentucky will be one of the most staunch pro-life states in the nation – but we’ll still have significant work ahead of us – including Kentucky’s ‘Yes for Life’ Constitutional Amendment on the ballot in November of 2022.”

This information and more is available at the After Roe website, which prominently features an interactive map with easy-to-understand explanations of abortion’s status in each state after Roe.  Plus, viewers can discover ways to connect with The Family Foundation in Kentucky, or their state family policy council in other states, to take action for life.

The After Roe campaign aims to support pro-life citizens to stand for life on the frontlines of their own states. This involves 1) educating citizens about what a Roe overturn would really mean, 2) mobilizing them to take action after Roe, and 3) preparing to have a truly pro-life world after Roe.

Creating a pro-life nation requires a movement of people ready to protect the most vulnerable.

Pro-life citizens can indicate their willingness to help on a national level by signing the After Roepledge – stating their commitment to fight for life after Roe. This After Roe team will be equipped with information on pro-life events, breaking news, educational opportunities, grassroots mobilization, and more.

Even before Roe ends, the work of After Roe has already begun in Kentucky. You can directly visit theAfter Roe Kentucky page here.

The Family Foundation is a 501(c)(3) nonprofit organization that stands for Kentucky families and the biblical values that make them strong. Learn more at kentuckyfamily.org.