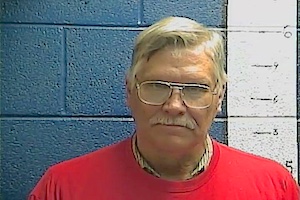 The Kentucky State Police announced last week in just over 90 minutes on the same day with two press releases involving two arrests of two men in two counties on two separate cases of possessing child sex abuse pornography.
In the first case, a Rockcastle County, Kentucky man was busted by a state police special unit after he was discovered to be engaging in activity involving child pornography.

Raymond Hullings was arrested as the result of an undercover Internet Crimes Against Children (ICAC) investigation. The KSP Electronic Crime Branch began the investigation after discovering the suspect uploading images of child sexual exploitation online.

The investigation resulted in the execution of a search warrant at a residence in Mount Vernon on November 22, 2021. Equipment used to facilitate the crime was seized and taken to KSP’s digital forensic laboratory for examination. The investigation is ongoing.

Mr. Hullings is currently charged with 20 counts of possession of matter portraying a sexual performance by a minor, a class D felony. If found guilty and convicted in a trial on all charges, Raymond Hullings could face a sentence of twenty (20 years to one hundred (100) years in state prison.

Raymond A. Hullings Jr. was transported to and lodged in the Rockcastle County Detention Center in Mount Vernon, where he is currently being held on a $50,000 cash/property bond. Raymond Hullings’s first court date is scheduled for Wednesday, December 8, at 12:00 A.M., IN Rockcastle County District Court

The Kentucky Internet Crimes Against Children (ICAC) Task Force is comprised of more than twenty-six local, state, and federal law enforcement agencies. The mission of the ICAC Task Force, created by the United States Department of Justice and administrated by the Kentucky State Police, is to assist state and local law enforcement agencies in developing a response to cyber enticement and child sexual abuse material investigations. This support encompasses forensic and investigative components, training and technical assistance, victim services, prevention and community education. The ICAC program was developed in response to the increasing number of children and teenagers using the internet, the proliferation of child sexual abuse material, and the heightened online activity of predators searching for unsupervised contact with underage victims

Eric Martin was arrested as the result of an undercover Internet Crimes Against Children (ICAC) investigation. The KSP Electronic Crime Branch began the investigation after discovering the suspect viewing images of child sexual exploitation online.

Eric L. Martin is currently charged with one count of possession/viewing matter portraying a sexual performance by a minor, a class D felony., which is punisgable bpotentially one to five years in state prison.

Eric Martin was able to post his bond before he was to have been taken to be booked and lodged in the Montgomery County Detention center in Mount Sterling, KY. (hence why there is no mugshot photo of Eric L. Martin)