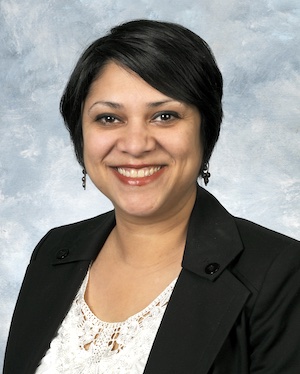 FRANKFORT – Looking to add Kentucky to the growing list of states that has authorized adult use of cannabis, state Rep. Nima Kulkarni pre-filed legislation today that would remove criminal penalties for possessing small amounts and give voters a chance to protect those provisions constitutionally.  Numerous organizations have signed on in support.

“I am sponsoring these bills for several reasons, any one of which should be enough for them to become law,” said Rep. Kulkarni of Louisville.  “First, current cannabis statutes have needlessly and tragically ruined many lives, especially people of color who have suffered because of unequal enforcement.  Second, thousands of citizens, from cancer patients to veterans suffering from PTSD, should have the right to use something that gives them the mental and physical relief they deserve without relying on stronger, potentially addictive medicine.  Third, cannabis de-criminalization would give the state a much-needed source of reliable revenue without raising current taxes a single cent.  And, finally, polls have repeatedly shown a majority of Kentuckians backs de-criminalization and allowing cannabis to be used responsibly by adults.  Other states taking this step are reaping considerable benefits, and it’s time for Kentucky to join them.”

Her constitutional amendment would go before voters next November if approved by three-fifths of the House and Senate during the upcoming 2022 legislative session.  It would let Kentuckians 21 and older possess, use, buy or sell up to one ounce of cannabis without criminal penalty, including having up to five plants for personal use.  The General Assembly would be tasked with regulating how cannabis is grown, taxed and sold.

“My bills complement each other because they give the General Assembly a short-term path to act quickly and a more permanent fix that gives cannabis use the constitutional protection it deserves,” Rep. Kulkarni said.  “With the public’s support, I believe we can pass both next year.”

Her bills have the support of a variety of organizations.  The following are statements of support from five of them:

ACLU of Kentucky said that “although our organizations have different missions, we are united in the cause to de-criminalize cannabis.  Because of outdated and ill-enforced laws, thousands of Kentuckians have lost time and opportunities due to criminal convictions, and thousands more have suffered needlessly because Kentucky blocks cannabis’ medicinal use.  It is past time for the commonwealth to join the 36 other states that have removed most if not all of these barriers, which is why we are proud to add our name to those supporting Rep. Nima Kulkarni’s legislation.”

Patrick Dunegan, director of Kentucky Cannabis Freedom Coalition, said his organization fully supports Rep. Kulkarni’s bills and her “efforts on changing the cannabis law here in Kentucky.  This is a freedom and social issue in our state.   Representative Kulkarni, we applaud you!  We encourage everyone to support these bills.”

Mike Conway, state director for Americans for Prosperity-Kentucky, said, “We applaud Rep. Kulkarni for introducing bills that would move Kentucky away from the harmful policies that have criminalized the use and possession of marijuana.  Criminal enforcement of marijuana possession has unnecessarily brought thousands of Kentuckians into the criminal justice system while diverting law enforcement resources away from public safety priorities such as violent crime reduction.”

Matthew Bratcher, Executive Director for Kentucky’s Official State Chapter for the National Organization for the Reform of Marijuana Laws (NORML), said his organization “commends Representative Kulkarni in her efforts to reform the cannabis possession laws in our commonwealth, and we encourage other legislators from both sides of the aisle to join her in making a difference in the lives of many of Kentuckians.”

C.J. Carter, Kentucky State Director for Minorities for Medical Marijuana, said, “We’re at the precipice of the opening of the cannabis industry here in Kentucky. This is indeed a dangerous moment in time for Black and Brown people.  There’s a new multi-billion dollar industry that will soon open on both the Federal and State level while simultaneously, people who look like me remain criminalized behind bars and are once again being left out of the conversation. We now have the opportunity to write a different narrative in Kentucky that would benefit us first and foremost. The State of Kentucky and its history as it relates to cannabis owes a tremendous debt to the Black Community and that starts with this legislation that is being introduced by Rep. Kulkarni.”