Inez, Ky. — In what was a great day of basketball at Martin Co. high school in the Zip Zone classic that featured 2023 Kentucky commit Reed Sheppard, the Lawrence Co. Bulldogs finished it off with a 56-53 victory over Rowan Co. on Saturday night.

The Dawgs squeaked by the Vikings in a tightly contested game that capped off the annual Zip Zone Classic. Tyler Johnson closed out the victory at the foul line and Trenton Adkins put the exclamation point with a thunderous dunk in the final seconds.

Trenton Adkins throws down a dunk to close out the Zip Zone Classic. 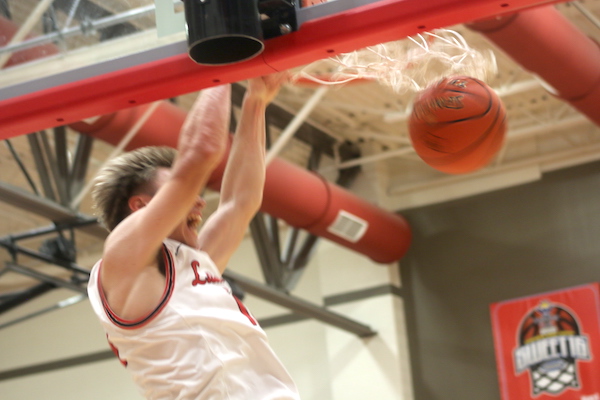 Katie Marcum helped the Cardinals past the Lions in the only girls game of the day.

Junior Reed Sheppard a UK commit had 30 points, 15 assists, 7 steals, 7 rebounds and 6 blocks to lead the Jaguars over the Cardinals who were lead by Senior Brady Dingess with 21 points. Martin Co. led early on a flurry of three pointers but North Laurel took control late in the second quarter and never looked back.

Reed Sheppard surveys the court against Martin Co. in the Zip Zone Classic. 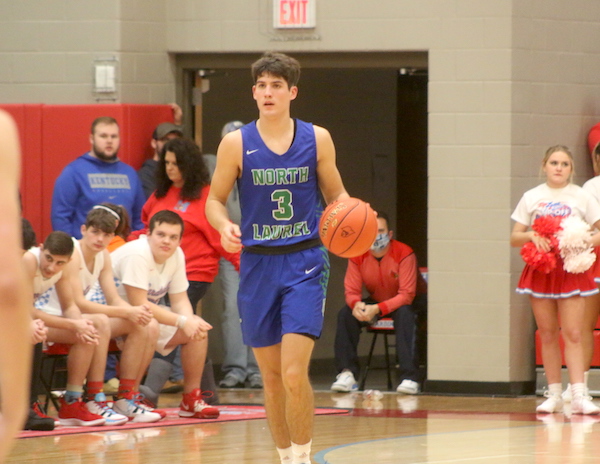 Brady Dingess drives past #3 Reed Sheppard in the first half. 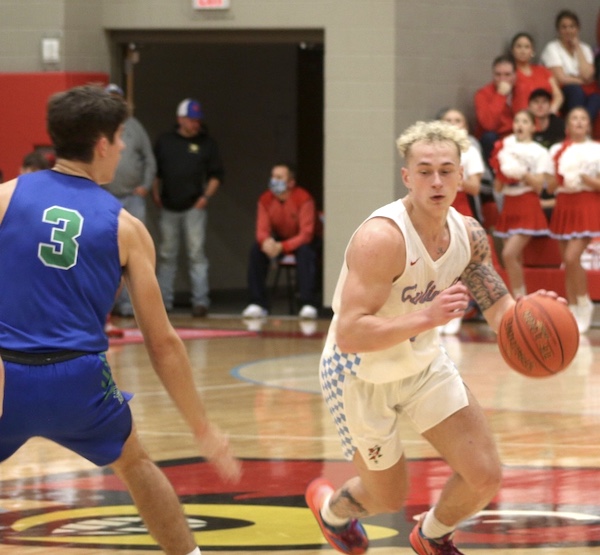 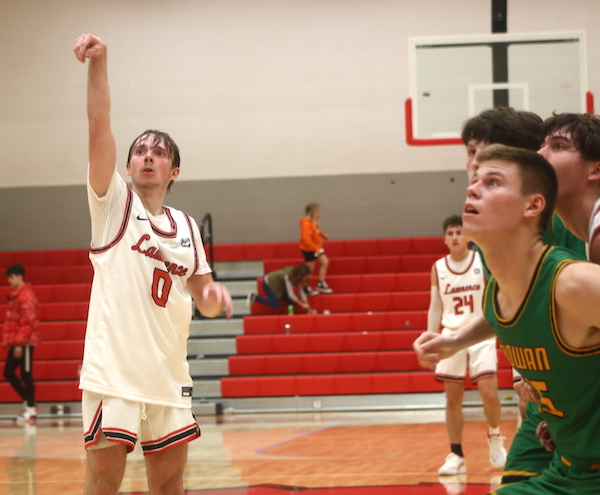 “… This game was really good for us, it’s not pretty and it’s not what you want to do and it’s not going to make me sleep real well tonight but there is a a lot that we can learn from this. We didn’t should the ball well, we got out rebounded, we didn’t make free throws and we didn’t make layups either but at the end of the day we won and that is all you can ask for from the kids.”

“… We had three keys going into the game and that was to play our tempo and style and not play in the fifties but we got sucked right into it. Coach Thacker does an outstanding job and he is one of the best coaches around no doubt about that. Glad we were able to pull it off in the end.”

“… We played pretty good defense and our kids played hard throughout, we got a little scattered early and gave up some easy buckets and we had some good spurts of pressure defense for sure. We will regroup have short practice on Sunday and then it gets real on Monday night at Morgan Co. it will be a challenge for us in the season opener.”