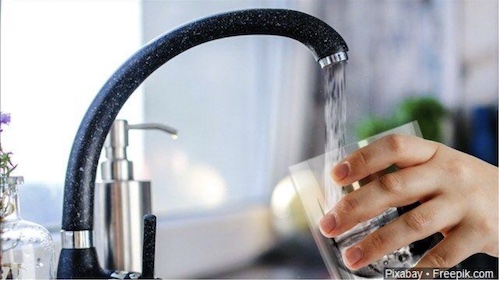 The funding, from the Better Kentucky Plan’s $250 million Cleaner Water Program, will deliver clean drinking water and improved sewer and water systems. State officials estimate that the program will create approximately 3,800 jobs across the commonwealth.

“Together, we are working to build a better Kentucky for all of our families,” said Gov. Beshear. “We are seeing unprecedented economic growth, major infrastructure improvements and new educational opportunities. At the same time, we’re working to secure the essentials like clean drinking water, which every single Kentuckian needs and deserves.”

Funded by the American Rescue Plan Act and administered by the Kentucky Infrastructure Authority (KIA), $250 million was appropriated at the close of the 2021 General Assembly through a bipartisan agreement to fund clean drinking water and wastewater grants for projects across Kentucky.

The Big Sandy Area Development District submitted funding requests to the KIA for all 10 awards granted today. The $2.5 million will invest in water and wastewater infrastructure and provide water service to dozens of Kentucky households that currently do not have it. Today’s awards use Floyd, Johnson and Magoffin counties’ entire county allocation from the Cleaner Water Program.

One award in Floyd County will provide $174,000 to the City of Martin to connect the city’s and Southern Water Sewer District’s water lines near ARH Our Lady of the Way Hospital. This connection will provide an emergency backup water supply if the City of Prestonsburg’s supply is cut off in a crisis.

“I want to thank Gov. Beshear for traveling to our community to announce this much-needed funding for our region,” said Rep. Ashley Tackett Laferty, whose 95th House District includes Floyd County. “I’m proud to support this effort, because it helps make sure more of our homes, businesses and schools have the clean and reliable drinking water they absolutely need and deserve.”

“On behalf of all residents of Floyd County, I would like to take this opportunity to thank Gov. Beshear for his commitment to Floyd County and the entire region,” said Floyd County Judge/Executive Robbie Williams. “These water and sewer infrastructure grants are vital for our continued growth here in Floyd County.”

“The monies given to the different utilities in this region can be the difference in our preparedness for future growth,” said Prestonsburg Mayor Les Stapleton. “We want to thank the Governor for his willingness to invest in Eastern Kentucky!”

The Paintsville Utilities Commission will receive $814,877 to replace approximately 4,000 feet of water main between the Turner Branch tank and US 23/KY 201 in Johnson County, and to construct a new above-ground 400 gallon-per-minute booster pump station at Sugar Grove. The improvements will significantly reduce pump run times, increase suction pressures at the pump station and booster system pressures along U.S. Highway 23 North to the Lindy Branch Pump Station, which serves the entire northern portion of Johnson County.

“While the pandemic has faced us like an adversary never seen before, there have been many silver linings. One of those, our state received federal relief funding. The legislature was tasked at allocating these funds to best serve the citizens of the commonwealth. While the money could be spent on a variety of different things, the General Assembly chose to create a lasting impact for generations to come,” said Rep. Bobby McCool, who represents Johnson, Morgan and Wolfe counties. “I look forward to seeing the vital infrastructure updates in our district. I would like to thank the Governor’s administration for the opportunity to share this incredible news with the people of Johnson County.”

“Johnson County will use the awarded funds from the Better Kentucky Plan Cleaner Water Program to replace an inefficient, near end-of-life booster pump station and construct new supply lines,” said Johnson County Judge/Executive Mark McKenzie. “The pump station replacement and upgrade will result in an increase in water pressure for approximately 650 customers while the increased line size will impact more than a thousand households in northern Johnson County. Our community is dedicated to working with our local utility provider, Paintsville Utilities, to take advantage of every opportunity to continue to provide reliable water service to our citizens.”

In Magoffin County, $311,625 has been awarded to the Magoffin County Water District to extend a water line to approximately 65 households currently without water service.

“Magoffin County is extremely thankful that Gov. Beshear and the General Assembly came together and addressed a great need in rural Kentucky,” said Magoffin County Judge/Executive Matthew C. Wireman. “Without this funding we would not be able to extend water lines to nearly 70 homes in the most rural areas of Magoffin County, sewer to residents along KY Route 30 or upgrade Salyersville’s sewer processing plant.”

About the Cleaner Water Program
A total of $37 million has been awarded to grantees to fund transformative projects since the call for projects was announced June 1. Eligible government agencies, such as city-owned water or sewer utilities, water commissions, water and sewer districts and counties, collaborated with their local Area Development Districts (ADD) and Area Water Management Councils to submit projects for Cleaner Water Program funding. There are 713 public drinking water and wastewater utilities in Kentucky.

The KIA will receive $75,000 to administer the grant program.

The application deadline was Nov. 19, 2021, however, the KIA will make awards continuously throughout the year. All grant awardees must obligate the funds by Dec. 31, 2024.

The American Society of Civil Engineers in 2019 projected that Kentucky faces nearly $14.5 billion in water/wastewater infrastructure needs over the next 20 years, including over $8.2 billion in drinking water upgrades and $6.2 billion in sewer system improvements.

Information about the Cleaner Water Program, as well as grants for broadband expansion, school facility upgrades and vocational education center renovations, can be found at governor.ky.gov/BetterKy.