DAWGS READY TO GET ’21 SEASON UNDERWAY, WILL OPEN ON THE ROAD AT MORGAN CO. MONDAY

Louisa, Ky. — After falling in the first round of the region 15 tournament last season the Lawrence Co. Bulldogs are ready to turn the page and make a run to Rupp Arena. 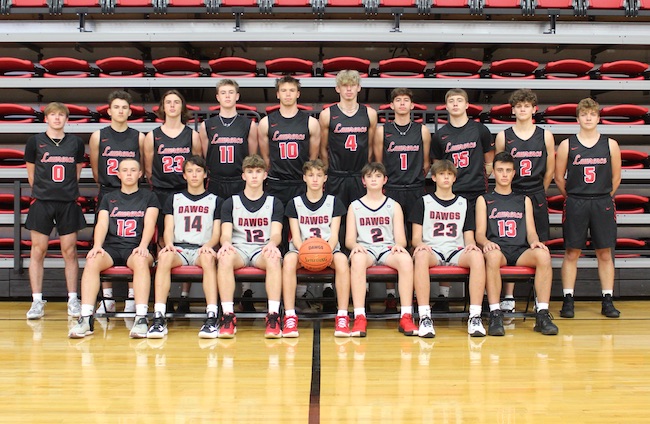 After going 11-11 last season the Dawgs return four starters and added super Senior Tyler Johnson from Tolsia. They have a ton of experience led by seniors Cody Maynard and Trenton Adkins who averaged 20 and 18 points respectively, Johnson averaged 13 points and 6 assists per game at Tolsia and has four years of varsity experience, Juniors Kaden Gillispie and Will Lafferty should round out the starting five, Senior Dawson Bellomy, Sophomores Andrew Bloomfield and Blake Marcum along with Senior Rayson Adkins will provide depth for the Bulldogs.

After beating Perry Co. Central in their first scrimmage last Saturday at Johnson Central the Dawgs will face Rowan Co. in the Zip Zone classic at Martin Co. on Saturday at 9:00.

Lawrence Co. will also host the Class 2A section tournament and will play Belfry in the first round on January 3rd. 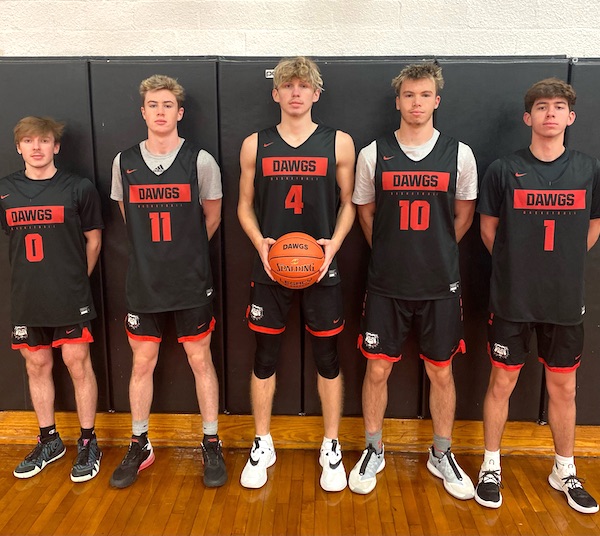 “…You know, last year was tough not only for us, it was certainly a difficult year for everyone. We didn’t get to play the full schedule like we had hoped, but you know, at least we got to play. One thing that we can say going through last year is, if we had a team cancel we were ready to pick up anyone to play. I think because of that, we played a lot of really good teams last year, and we were willing to play anyone anywhere.”

“… We lost Baden Gillespie from last year and that’s a big loss, but when you return everything else it’s certainly a good thing. I think that these guys going through some adversity last year, I think it gave them an opportunity to grow and develop. We are looking forward to getting the ball rolling and the chance to compete next week.”

“… I always believe in these guys, but we have had four practices and meet the Bulldogs with our entire team. You know, we have some football guys who are some very big pieces to our team and what we’re trying to do here. And just having them a week out, I was a little skeptical. But you know, it’s early and you don’t want to play perfect. I think against Perry Central that it was more of a product of us shooting the ball extremely well, instead of playing really well because we definitely made a lot of mistakes.

We had 17 turnovers, we got out rebounded, but when you shoot it 60% from the floor, it hides a lot of those mistakes. You know, we’ve obviously got a lot of things we need to work on and it’s encouraging.”

“… I think one thing about this team is that it’s a veteran team and we talk about that all the time. I think that they just want to go out and compete and take care of business every night. I feel like they are not going to have many distractions when it comes to that and they’re willing to do whatever it takes to win. So we’re excited about it, I feel like we’ve got a lot of good faces. Guys have worked hard in the off season. Our number one emphasis this off season was to gain weight and get stronger. We got that started on April 19th and haven’t missed a week in the weight room. So we’re excited to see how that rolls over and translate into the games.”

“… Losing to Paintsville in the Region tournament the way we did was the turning point for us. We felt like really just calling it what it is. We got bullied a lot inside. And from that day forward, we said we were changing that and the guys really bought in and they really committed to it. I feel like they’ve done everything they can do to change that.”

“… All these guys returning is huge. I tell these guys all the time, I try to keep it in their minds that I feel like we’ve got seven or eight starters, but you can only start five. And, and at the end of the day, that that doesn’t really matter. I feel like five through eight is going to get equal minutes and we’re going to play and just compete for each other. Tyler Johnson coming over was a huge asset. Him coming over last spring from Tolsia was huge for us and he hasn’t missed a day and has meshed well with Kaden, Cody and Trenton. All of our kids our good students and members in our community as well as good athletes.”

“… I know our guys are excited for the South Carolina trip after Christmas to play against teams from Pennsylvania to Georgia, so it’s kind of the whole east coast thing they put each team into divisions based on your enrollment at your school. The bracket will be out soon and I don’t think there will be any other Kentucky teams in it. I know the boys are excited for a overnight road trip. Only trip they have made is to Owensboro a couple years ago for the 2A classic. This group deserves a trip like this to bond and hangout and play against teams and styles that you normally won’t see around here.”

“… Our region is loaded this year, I think we have 7 or 8 teams that could win it. Belfry, Pikeville, Paintsville, Betsy Layne and East Ridge will all be very good. I think this group is ready for our challenging schedule and come ready to play night in night out. We play Rowan Co. Saturday night in the Zip Zone and travel to West Liberty on Monday to open up the season against Morgan Co. our kids are ready to go.”

“… It’s unreal man it has absolutely flew by, I’ve been playing varsity basketball since seventh grade. It’s hard to believe that this is it that this is the last round.”

“… I have played with so many great players throughout the year and learned a ton from them and I’m going to try and do my best to be a leader on this team.

The ultimate goal is obviously a region championship, and I feel like last year with all the COVID stuff, it just made this team stronger and prepared us better for this year to make a run at that ultimate goal. I’m really trying to step into in and lead this team and to make sure we do all the little things right. Make sure we’re physical. Because last year we kind of got pushed around a lot. We really worked hard in the off season and anxious to see the dividends of the work that we put in.”

“… Well, we’d love to stay undefeated in the District. We did that my sophomore year and went on to win the district championship. We just want to repeat that because district games are always so important and it’s so competitive every game. You can’t take any teams for granted, especially in district play.”

“… No Not a hard decision at all for me it was either take advantage of the extra year or go get a job. Playing high school Basketball is an easy decision for me.”

“… We have some dudes on this team that can score, it just opens up a lot for me. I feel like it will definitely make my job running the offense easier. In our first scrimmage we shot the ball really well against Perry Central and ran the floor and got easy baskets. Cody Maynard is the best shooter in the region, Trenton Adkins can do it all, Kaden Gillispie is a dog on both ends. Can’t wait to get this thing started for real next week.”

“… Yeah, honestly I do feel lucky, I guess. I mean I’m taking it day by day and smiling and just taking it all in.”

“… It’s honestly unreal how fast it has went by. It feels like just yesterday I was a little 14 year old freshman walking in here for tryouts and playing high school basketball and being on varsity, and now this will be my last year.”

“… We didn’t play well at all that game, not just me, but everybody on the court and we don’t want that to happen again. Dawson, Rayson, Cody and Tyler are extra motivated this season because it’s our last go around.”

“…You know it’s been crazy since soccer started but I wouldn’t have it any other way. I started playing football again, it’s the first time I played since my sixth grade year, I’ve missed the environment, miss the atmosphere. I’m blessed to just to be able to win a championship in soccer. My senior year and the fourth year of our program, we started the program my freshman year and I just able to play soccer and football at same time. It’s crazy but I’m blessed for sure. Now it’s basketball season and I’m ready to go.”

“… It’s going to be special because you know getting to play with my brother again. He hasn’t played basketball since his seventh grade year in middle school. To be able to play with him on the court one more year will be fun. We have been together since little league and we first started playing on the same team. You know, our chemistry is just been top-notch since that day and it’s going to be special, One last ride.”

“… I’m excited for the Class 2A because we get to host the tournament and we drew a Belfry first round and I think that’ll be a good first round game. It’s going to be a tough game. It’s going to be a battle and I’m just excited for that one because the winner of the tournament gets to go to Owensboro for the state tournament. Im also excited for the Charleston, South Carolina trip. Me and Cody talked about it the the other day that we haven’t really went on a road trip before and to do it our senior year will be special. We will be staying overnight and I think it’s just gonna be exciting. Our team’s going to be able to bond throughout those three, four days or however long we’re down there.

Play against different teams from different states will also be exciting. I’m just ready to get the season going. We played well against Perry Central in our scrimmage so I think this season will be something to remember.”