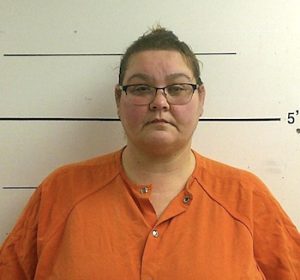 Ashland, KY. (November 24, 2021) – On November 12, 2021, Kentucky State Police Post 14 received a complaint of a female juvenile that had disclosed to her guidance counselor that she had been physically assaulted which resulted in visible injuries by her foster parent over the weekend.  Trooper Jones then met with the victim to interview her about the assault.  After statements were received, Trooper Jones then met with the accused, Racheal Marsh and obtained a statement.

Trooper Jones then presented the case to the Boyd County Grand Jury on November 23, 2021 at which time it resulted in a criminal indictment being issued.  Mrs. Marsh was arrested on November 24, 2021 and transported to the Boyd County Detention Center and charged with the following: Strangulation 1st Degree and Assault 4th Degree (Child Abuse).  The investigation is still ongoing and being handled by Trooper Jones.  Boyd County Commonwealth Attorney Rhonda Copley assisted in the investigation.

Lawrence County Court Docket for the week of November 22-26