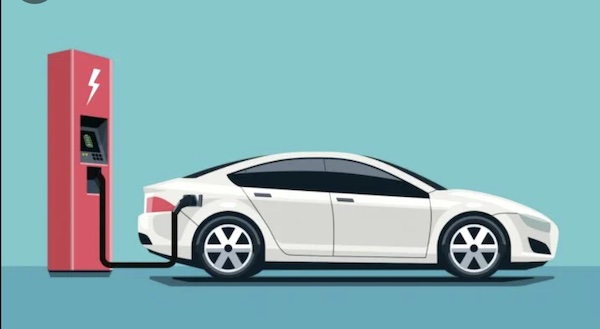 FRANKFORT— Counties across the Commonwealth would like to see lawmakers make a few changes during the upcoming 2022 legislative session.

One of those changes includes establishing an electric vehicle tax or fee.

Representatives from the Kentucky Association of Counties (KACo) presented the group’s 2022 legislative agenda to the Interim Joint Committee on Local Government today.

“The time for Kentucky to address this is now,” said Shellie Hampton, KACo director of government affairs. “Thirty states, including all of our neighbors, have already instituted an electric vehicle fee.”

Hampton also noted that many of the states that have implemented electric vehicle fees share the revenue with county governments.

KACo reports that nearly 40% of county roads are in need of moderate to significant repair, and that county governments own and maintain half of the roads in the state. Currently, counties only receive a portion of the motor fuel tax funds from the state to fund their own road departments.

Hampton said while electric vehicles account for less than 1% of vehicles in Kentucky, and the initial revenues from an electric vehicle tax would be small, that number is expected to grow.

“Automakers that account for roughly a quarter of the global auto sales in 2019, including Ford GM, Volvo and Mercedes, announced earlier this month that they will all work toward phasing out sales of gasoline and diesel powered vehicles by 2040 worldwide,” Hampton said.

Sen. Michael J. Nemes, R-Shepherdsville, asked if there had been a discussion about not establishing a separate electric vehicle tax and implementing just one “usage tax” instead.

“As Shellie mentioned earlier, there are projections that as many as 30% of the cars that will be sold new by 2030 will be electric,” Henderson said. “So whatever we do, we really can’t wait much longer to start thinking about an alternative funding source for transportation.”

As of 2 p.m. Monday, no bills relating to an electric vehicle tax or fee had been pre-filed by any lawmakers. The Kentucky General Assembly cannot take any action on any proposed legislation until the 2022 legislative session begins on Jan. 4.