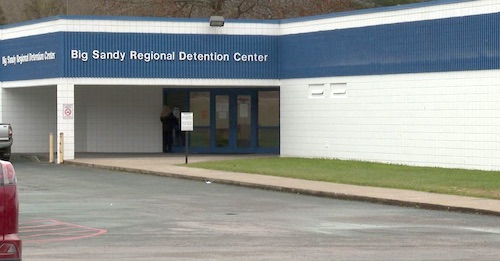 A major investigation is ongoing in Johnson County today after a crisis erupted which led to over a half-dozen inmates at the regional jail suffering drug overdoses that sent all of them to the local hospital to receive medical treatments.

According to the Big Sandy Regional Detention Center Administrator Byron Hansford, he reported three different incidents that occurred a couple of hours apart, all in the same cell.

”Fortunately, our staff, while doing security checks of the cells, found these individuals and contacted medical staff and they were all treated with Narcan and sent to Paul B. Hall Medical Center,” said administrator Hansford.

Mr. Hansford further reported that four inmates who overdosed and were taken to the hospital have now returned to jail, while the other three are still in the hospital.

”All indications are that they’re fine and should be back in the facility today sometime,” Hansford added.

The inmates who overdosed in the cell had been detoxed and were moved to a step-down cell, which is an isolated cell to keep any potential contraband from slipping by and getting into the facility.

The inmates were at the prison facility for no more than five or six days before the incident, according to jail officials.

BSRDC officials say there is no reason to believe the drug spread past the cell and they are unsure what it actually was at this time.

The investigation into the incident is ongoing, according to the detention center officials.

2021 Tip Off Classic at Martin County this weekend