Louisa, Ky. — After leading his team to a 8-4 record Lawrence Co. Head Coach Alan Short was named 2021 Class 3A District 8 coach of the year by the Kentucky High School Coaches Association over the weekend. 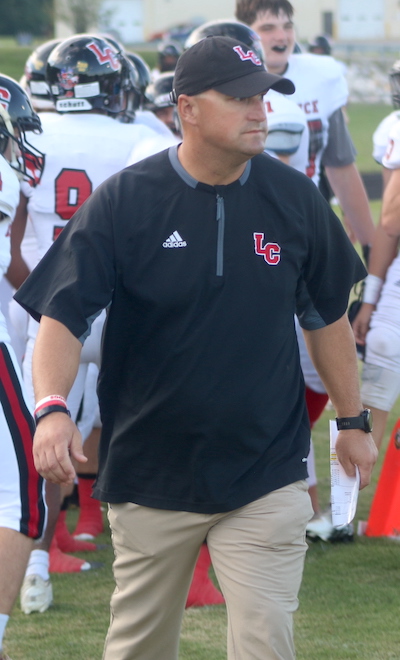 The Dawgs had an outstanding season in 2021 and picked up some big wins along the way.

Belfry knocked the Bulldogs out of the playoffs 21-14 in the second round in a great ballgame.

Even though Lawrence Co. is officially pinned with 4 losses. Two of those came against Belfry, one because of Covid against East Carter who is hosting Belfry this Friday in one of the Class 3A semifinals, and the other one to Raceland 21-20 in overtime, and the Rams are playing Pikeville in the Class A semifinals this Friday.

“… We are grateful and humbled by the honor of being named KFCA district coach of the year. This award reflects our entire staff and team. I told anyone who would listen this fall, that our team was special.”

“…This award is voted on by opposing district coaches, so when your peers see the good things that are taking place in your program, it means a little more.”

“… Again, the way I look at this award is that it is a TEAM award, based on the accomplishments of our players and all of our coaches. It is nice to be recognized, but this award belongs to our entire staff of coaches, our players, and the entire Lawrence County Football Program, youth through high school. We are very thankful and look forward to the future.”