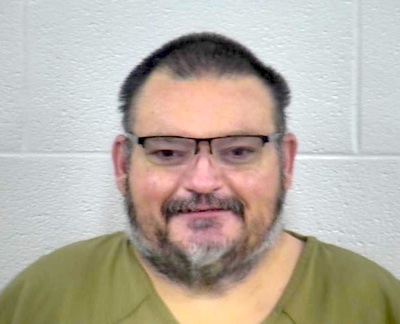 GUILTY: MARDY MOLLETT JR., 52, OF TOMAHAWK, KY., WAS FOUND GUILTY ON ALL FOUR FEDERAL GUN CHARGES BY A JURY AFTER HIS TRIAL IN PIKEVILLE, KY., EARLIER THIS MONTH.

A Martin County man was found guilty by a jury of federal gun charges, following a three-day trial earlier this month in Pikeville, KY.

The gun charges came about after Mardy Mollett Jr. originally went on a violent rampage in March 2020 in Martin County when he beat a woman at her home in Tomahawk, forcing his way in. Local police officials at the time stated that Mardy Mollett Jr. hit the woman in her face and head with a gun, knocked her to the floor, and sat down on her back and tried to strangle her.

In his final act, Mardy Mollett Jr. then shot up the woman’s truck, house, and dog, before he fled the scene and hid out in West Virginia.

Mardy Mollett Jr. is also a convicted felon, after it was found by accident in April 2015, when he, along with a woman, were discovered by law enforcement officials to be running a massive marijuana operation, when 150 marijuana plants were found growing in a trailer that had been made into a greenhouse. It was fully stocked with a water system, a ventilation system and heat lamps.

Police estimated that with the growing system and everything involved, that it was worth around a quarter of a million dollars.

Mardy Mollett Jr. now faces a potential federal prison sentence of up to 10 years for each count, for a maximum of 40 years; as well as forfeiture of the weapons.