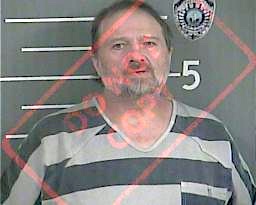 EDGAR “EDDIE” L. CASTLE, 54, OF SITKA, KY., FEDERAL MUGSHOT, AFTER HE WAS INDICTED EARLIER THIS MONTH IN U.S. FEDERAL IN PIKEVILLE, KY.,

A Johnson County man, who was arrested last month by the Johnson County Sheriff Department on drug trafficking and gun charges, has also been charged in federal government court.

Edgar “Eddie” L. Castle, 54, of Sitka, KY., was arrested October 29, along with three other men, when Johnson County deputies and other law enforcement officials used a search warrant at Edgar Castle’s home following a two year investigation into illegal sales of Methamphetamine in Johnson County. 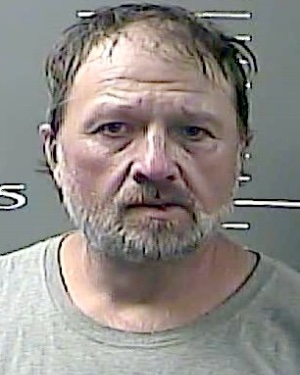 EDGAR L. CASTLE MUGSHOT AFTER HIS ARREST ON OCTOBER 29, 2021; BY THE JOHNSON COUNTY SHERIFF DEPARTMENT, FOR RUNNING A METHAMPHETAMINE SELLING OPERATION.

Edgar Castle is accused of being a mid-to-upper-level drug dealer, according to the Johnson County Sheriff Department.

According to state commonwealth of Kentucky court documents, in July 2020, the Johnson County Sheriff’s Department established information pertaining to Edgar Castle and his involvement in the distribution of methamphetamine.

The sheriff’s department, court documents said, was able to conduct several purchases of methamphetamine from Edgar Castle at his home residence.

On October 29, 2021, according to the court documents, officers served a federal search warrant at Castle’s residence. While there, the documents said, officers found approximately 2 ounces of suspected methamphetamine, handguns and other evidence.

Edgar Castle now has also been charged in U.S. federal court in Pikeville, KyY. with conspiracy to distribute more than 500 grams of meth, distribution of meth, and possession of meth with the intent to distribute.

Edgar L. Castle was taken into custody by U.S. Marshals-Kentucky, on Wednesday morning, November 10; and whereupon he was transported to and booked into the Pike County Detention in Pikeville, KY.

Edgar Castle will make his first appearance in U.S. federal court in Pikeville sometime next month in December.