MARTIN COUNTY MAN ARRESTED AFTER ARGUMENT OVER CB RADIO AIRWAVES ENDS WITH ANOTHER MAN GETTING SHOT!

BREAKER!-BREAKER!I AM COMING OVER TO PUT A CAP IN YOUR HIDE!! 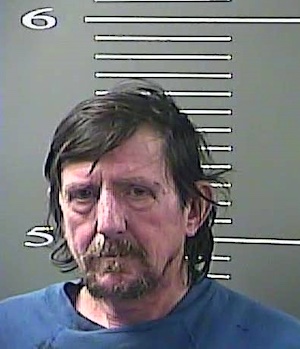 SMOKEY COULD NOT TAKE ANY MORE FROM CB RADIO JOKEY: NOAH BOWEN JR., 66, OF INEZ, KY., ARRESTED AFTER SHOOTING FORMER HIGH SCHOOL CLASSMATE DUE TO LONG-RUNNING FEUD WITH EACH OTHER.

An argument that began over CB radio ended up with a man shot in Martin County late Friday morning.

According to the Martin County Sheriff John H. Kirk, the shooting came after verbal fighting over the radio, the men decided to meet and settle the argument face-to-face, When both men arrived at the location, one pulled out a gun.

The call about someone reportedly being shot came in about 11:09 A.M. Friday, and that the shooting incident happened in the 700 block of Peter Cave Branch.law enforcement officials say.

According to Sheriff Kirk, the shooting suspect, identified as Noah Bowen Jr., 66, of Inez, KY., reportedly drove to the home of William Danny Johnson, where the two met in the driveway and the shooting happened. Martin County deputies say Noah Bowen proceeded to beat William Johnson after the shooting.

Sheriff Kirk stated that William Danny Johnson, who is also in his 60s, suffered a gunshot wound to the stomach and right side, and that he was flown to a regional hospital. William Danny Johnson’s son told Huntington, West Virginia television news station WSAZ that his father was undergoing surgery Friday evening.

Law enforcement officers further stated that William Danny Johnson was shot with a revolver that shoots a .410-bore shotgun shell.

Sheriff Kirk said Noah Bowen drove back to his home and later surrendered to Sheriff Kirk and his deputies.

But according to William Danny Johnson’s son, he stated that he feels Noah Bowen Jr. should have been charged with attempted murder.

Sheriff Kirk stated that both Noah Bowen Jr. and William Danny Johnson have known each other since high school

When asked what led to the dispute, Martin County Sheriff John Kirk replied “Just personal things over the years I think had been built up, hard feelings for many years; and that Noah Bowen told Sheriff Kirk that he’d just taken all he could take.”