FIVE LOUISA RESIDENTS ARRESTED AFTER SERVING OF ARREST AND SEARCH WARRANTS AT HOME YIELDS TO DISCOVERY OF LARGE CACHE OF METH, HEROIN, CASH AND GUNS

After Thursday night’s drug raid by the Louisa Police Department and the Lawrence County Sheriff Department that the led five suspects and the discovery of a large haul of illegal contraband at a home on N. Lackey Avenue; Louisa Police Chief Greg Fugitt released additional information about the case, including a sixth person, who happened to be the homeowner, and whose initial arrest led to the unfurling of the drug operation at his residence.

The statement by Chief Fugitt is a s the following: 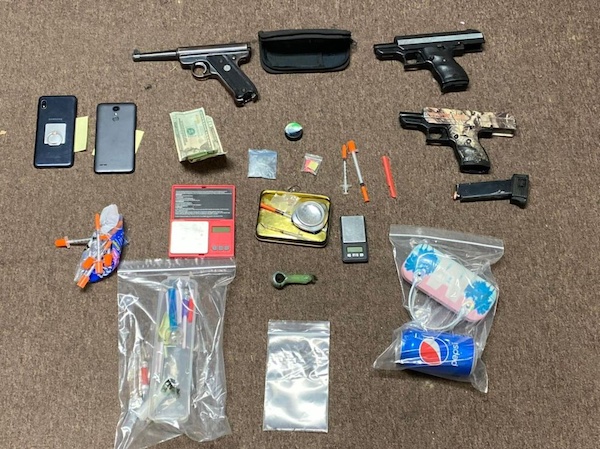 “On 11/18/2021, a traffic stop initiated by Ptl. Kirk was made on William Debord for failure to use a turn signal. Upon contact Mr. Debord advised that he did not have a driver’s license and was asked to step out of the vehicle. Consent to search was given in which Patrolman Newsome located a clear baggie with two sticky notes folded containing a crystal/powder substance inside. Search incident to arrest led to Patrolman Kirk locating a black glass case containing a large quantity of what is believed to be methamphetamine, drug paraphernalia, and cash was also located.

Upon gathering more intel, a search warrant was obtained for the residence of William Debord on Lackey Avenue in Louisa. Upon arrival and announcement of Police a male subject later identified as Jonathan Young attempted to flee the scene but was apprehended quickly by Deputy Keefer. Young was in possession of a large amount of Methamphetamine, cash, and also sticky notes with a substance believed to be heroin inside.

A search of the residence was then performed in which showed evidence of more believed to be methamphetamine, drug trafficking, and multiple handguns were located. The following individuals were arrested and charged with Organized crime: Jonathan Young, Brittany Hammonds, Kenneth Pack ll, John Thomas and Joseph McCoy all of Louisa Ky. The investigation is ongoing by the Louisa Police Department.”

William C Debord was arrested by patrolman officer Everett Chase Kirk, of the Louisa Police Department, & was charged with the following: 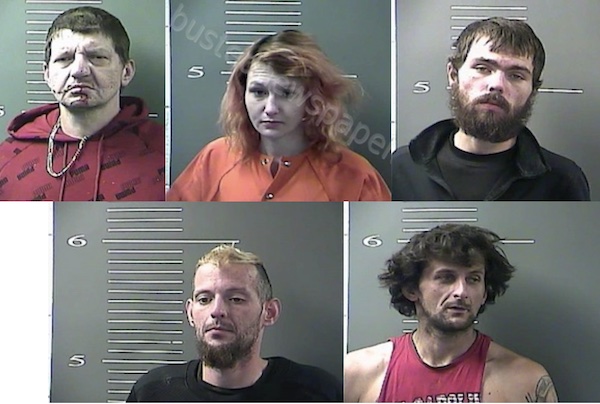 According to the arrest reports, deputies of the Lawrence County Sheriff Department and officers of the Louisa Police went to a home on 570 Lackey Avenue, just after 11:30 P.M. Thursday night with a search warrant.

Police say one of the residents of the house, Jonathan M. Young, 43, of Louisa, ran away as officers approached, but he was quickly apprehended after being tasered by chief deputy, sergeant Mason Keefer, in an alley after a short foot pursuit. Once he was arrested, Jonathan Young was found with a large amount of methamphetamine, heroin, and cash on his person self.

Once inside the home, police found what they described as “a very large amount” of meth and a “large amount” of cash, as well as a substance believed to be heroin. They also found scales, plastic bags, needles, cut straws and multiple handguns.

Jonathan Young was arrested along with his girlfriend, Brittany Hammonds, 24, of Louisa, and three other men: Joseph McCoy, 24; John C. Thomas, 32; and Kenneth O. Pack II, 37; all of Louisa. The charges for all five are as the following:

John C. Thomas: * ENGAGING IN ORGANIZED CRIME.
All five suspects were transported to and lodged in the Big Sandy Regional Detention Center in Paintsville; where all four men remained incarcerated, while Brittany Hammonds posted her bond and was released early Friday night.

This case remains under investigation by the Lawrence County Sheriff Department and the Louisa Police Department. 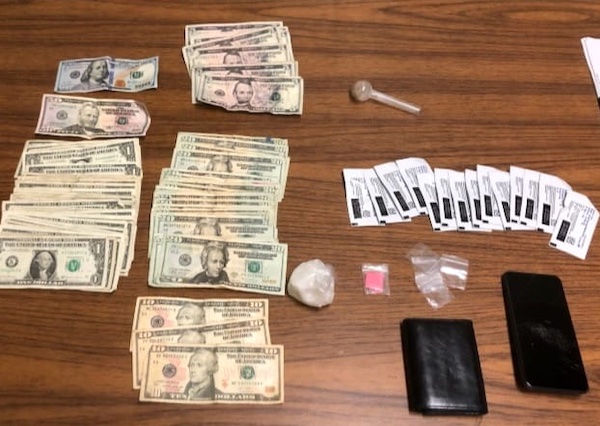 WHAT AMOUNT OF CONTRABAND THAT WAS FOUND ON JONATHAN YOUNG WAS CARRYING JUST ON HIMSELF AFTER HIS ARREST WHEN HE TRIED TO FLEE FROM THE SCENE.

Lawrence County Court Docket for the week of November 15-19