Frankfort, KY – According to the latest voter registration figures available from the State Board of Elections, Kentucky voters continue to abandon the Democrat Party – while more are registering Republican than ever before.

“Democrats like President Biden and Andy Beshear push reckless spending, abortion on demand, and other extreme positions that are completely out of step with Kentucky voters,” Republican Party of Kentucky spokesman Mike Lonergan said. “As a result, Kentuckians are abandoning the Democrat Party – and registering Republican – in record numbers. These figures show a clear trend – The Democrat Party is completely out of step with Kentuckians’ values.”

See more figures based on the latest data from the State Board of Elections attached. 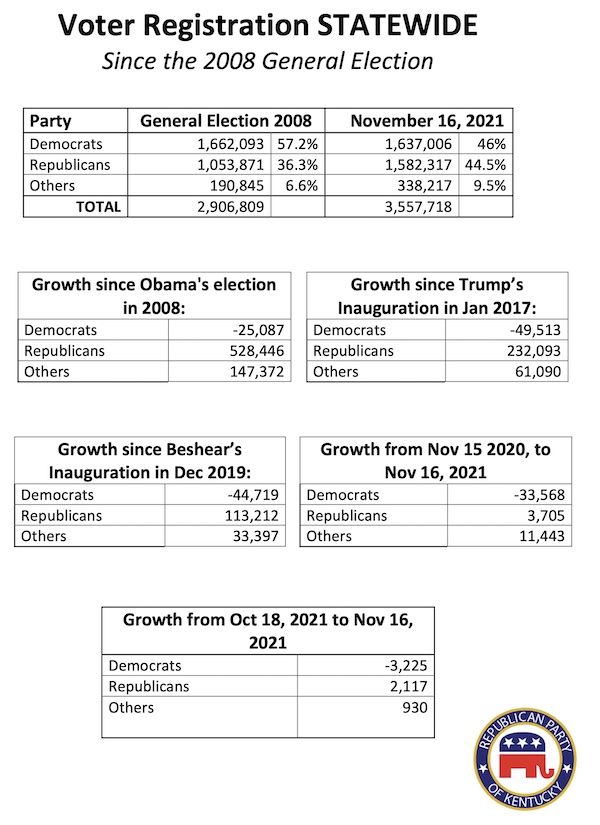