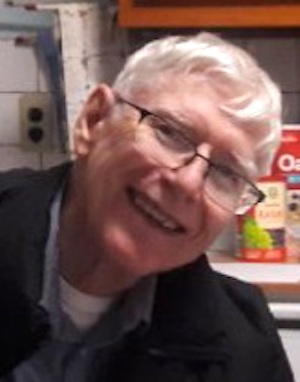 Dr. Charles “Chuck” Steiner, 75, of McArthur, OH, passed away Wednesday, November 10th, 2021, at his home. Born in Portsmouth, OH, he was a son of the late Dorothy Steiner and late Preston Steiner.

Chuck’s stepmother is Doris Steiner, of Portsmouth. However, Doris has always treated Chuck as one of her own. He was a graduate of Portsmouth High School and had worked as an electrician. He then attended Ohio University where he earned a degree in Chemical Engineering and began work as an engineer at DuPont. While at OU, he met his late wife, Linda.

Chuck also enjoyed teaching judo from home when the family lived in Belpre, OH. He was a member of the United States Judo Association and held a 3rd degree black belt. The family later returned to Athens and Chuck earned his Doctorate in Osteopathic Medicine from Ohio University Heritage College of Osteopathic Medicine. Dr. Steiner enjoyed helping people heal through osteopathic manipulation.

He was also preceded in death by his brother, Frankie.

Dr. Charles “Chuck” Steiner donated his body to the Ohio University Heritage College of Osteopathic Medicine where he gained valuable knowledge. He sincerely wanted to give back and contribute to the education of future doctors. The family has donated a memorial brick in his honor for the Legacy Walkway at Ohio University Southern in Ironton, OH.

Cremation will take place at a future date.

In lieu of flowers, the family requests memorial trees be ordered through the Ralph F. Scott Funeral Home website, where you can also share online condolences and memories. www.RalphFScott.com.