#11 Alex Strickland calling a play against Belfry in their first meeting. 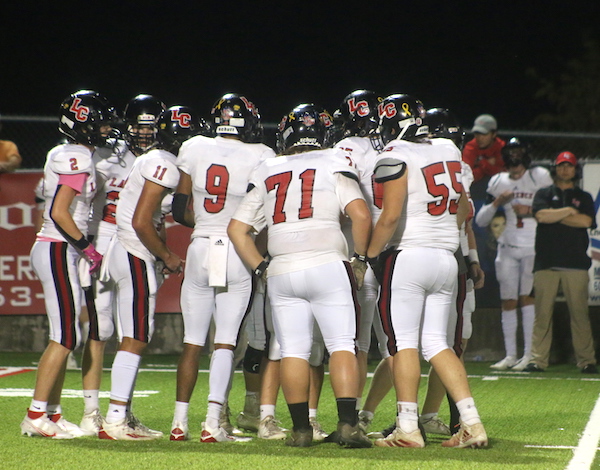 The two teams met October 15th with Belfry winning 42-13 at home and earned the right to host during the first two rounds of the playoffs.

Lawrence Co. has won two out of three since that loss including a 47-6 victory over Magoffin Co. last week at home. 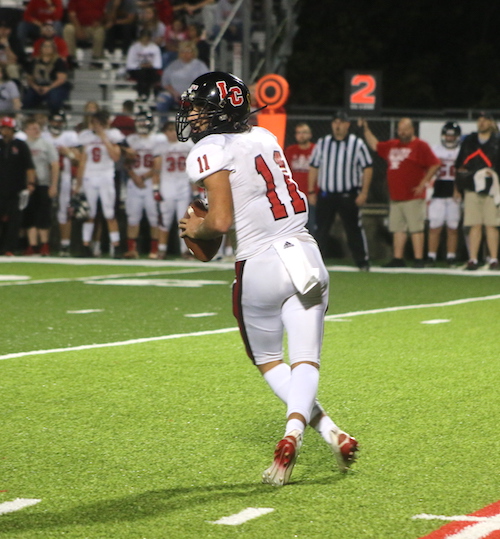 Belfry has won five out of six games after starting the season 0-5. The Pirates rolled over Pike Co. Central 58-0 last Friday at home.

The Dawgs haven’t beaten the Pirates since 2002 and most of those games weren’t close.

In the first meeting this season Lawrence Co. led 7-0 and trailed 14-13 before Belfry scored two touchdowns in the last two minutes to take a commanding 28-13 lead into halftime.

#2 Kaden Gillispie is the Dawgs leading receiver this season. 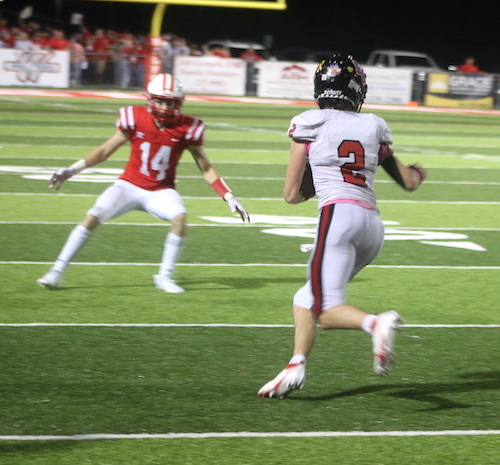 In the second half the Pirates scored two touchdowns to set the final score of 42-13.

PAIGE HOLLEY: The “American Dream”… What Does it Mean to You?