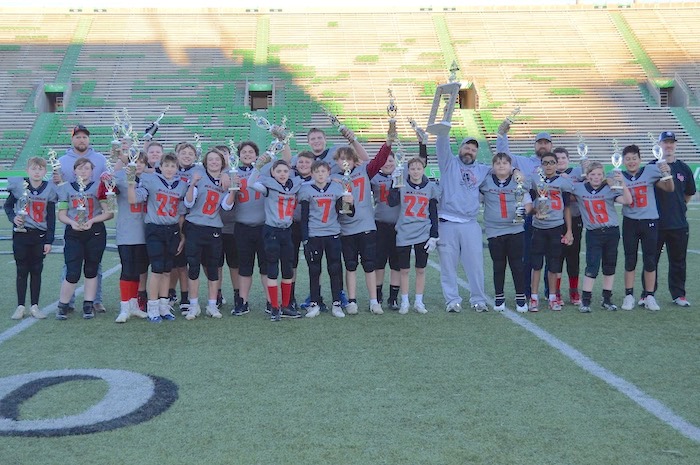 Gray Derifield scored on a 3 yard touchdown run on fourth down with about a minute left that sealed the Championship victory for the Bulldogs.

After a scoreless first quarter the Dawgs dented the scoreboard first on a Derifield 66 yard touchdown run just seconds into the second quarter to lead 6-0.

Mitchell Frazier took a QB sneak 2 yards into the end zone and Derifield tacked on the two point conversion to make it 14-0 right before halftime.

Huntington scored twice in the third quarter to make it 14-12 heading into the fourth quarter.

Early in the final period Derifield raced 17 yards to pay dirt to make it 20-12. 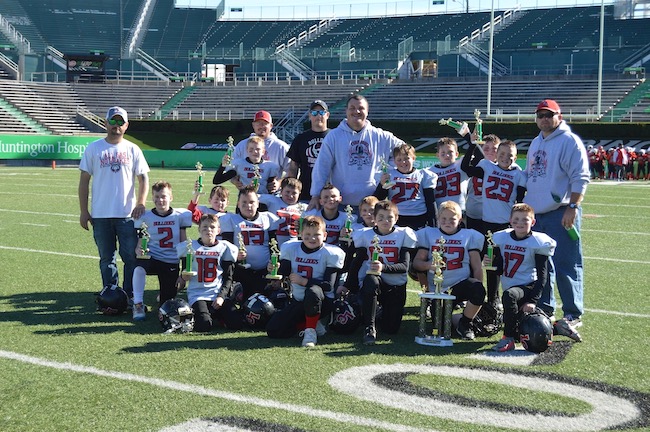 In the C team game the Lawrence Co. and Huntington battled to a scoreless tie headed into the fourth quarter before the Hawks scored two touchdowns to capture the title 16-0.

The Hawks were the only team to score on Lawrence Co. all season long.

This group will be back stronger next season.

“…Saturday was a huge day for our league. Our C team played a phenomenal team to a very tight game and just couldn’t get it done, but they have a ton to be proud of and we have a lot to build on there for the future.”

“… The A team just deserved to win. They have been in our league for 5-6 years and have had plenty of ups and downs, but for them to be able to put it together and leave on top was awesome. To see things come full circle for Tom and that group of kids was great.”