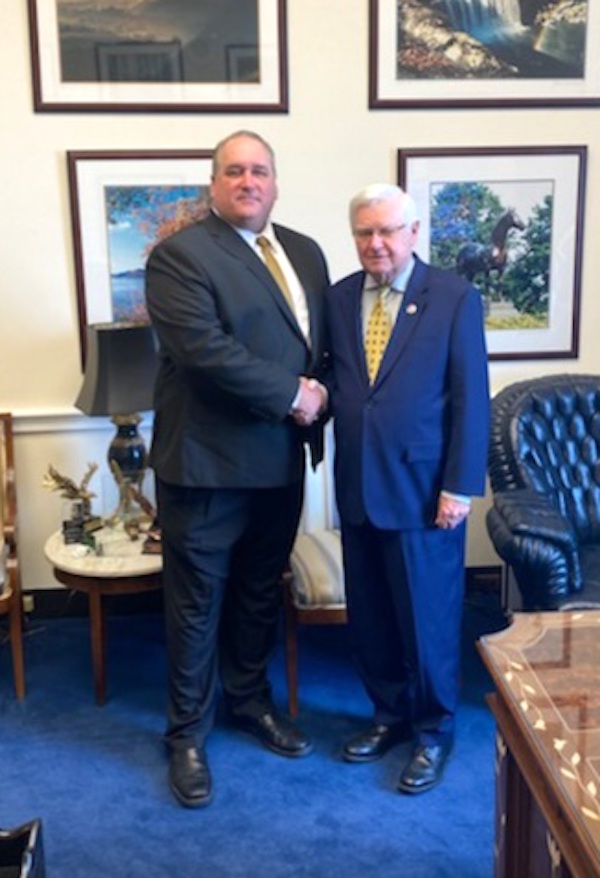 This week, Lawrence County Judge Executive candidate Heath Preston was honored to have been included in a landmark celebration of United States Congressman Hal Rogers who this year after 40 years of service became Kentucky’s longest serving US Congressman. The private event held in Washington, DC at the Library of Congress was attended by distinguished guests who touted Rogers veteran leadership in Congress. Amongst those present to honor the achievements of Congressman Rogers were US Minority Leader Kevin McCarty, US House Minority Whip Steve Scalise, US Minority Senate Leader Mitch McConnell, US Senator Rand Paul, and the Kentucky Delegation. 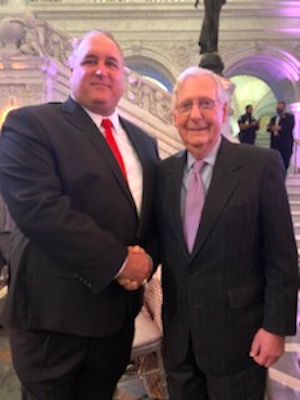 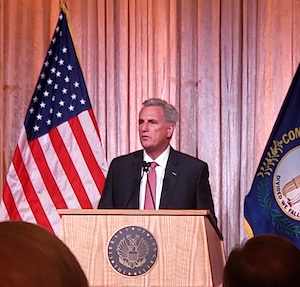 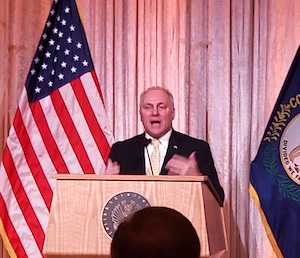 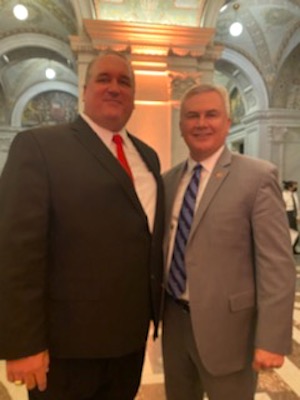 Preston, a former 5 year Field Representative for Congressman Rogers said, “This event was a great opportunity to celebrate the achievements of my friend and mentor Congressman Rogers. He’s worked many years to promote progress and growth in eastern Kentucky.”

Preston also noted the opportunity he valued in quality connections and relationships in Congress and in the Kentucky Delegation to help promote progress and growth in Lawrence County. Preston also had a private meeting at the Congressman’s Rayburn Congressional Office the morning after the ceremony where they were able talk about good times in the past and future projects they can collaborate on for Lawrence County. Congressman Rogers was hopeful and excited about the future of Lawrence County and working with Mr. Preston again. 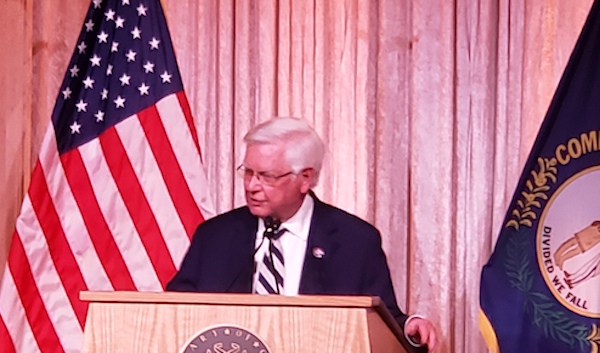 Preston said, “I had a great time in Washington seeing my old friends and their new excitement for Lawrence County. I’m so proud to have been a part of Congressman Rogers’ historic team.”

Preston returned from DC with confidence and assurance in his ability to work outside the county lines at the State and Federal levels to create growth and progress for Lawrence County. He is excited  and encouraged about the opportunity Lawrence Countians can give him as their Judge Executive to speak up, speak out, and work for a better Lawrence County.

“We cannot afford to sit back with our hands out waiting for help. As my mentor Congressman Hal Rogers says, ‘Plan the work, and work the plan.” Preston is ready to make and work his plans for Lawrence County- A New Day, A Better Way.

PAID FOR BY THE CANDIDATE