GROWING UP IN LOUISA: VETERANS DAY 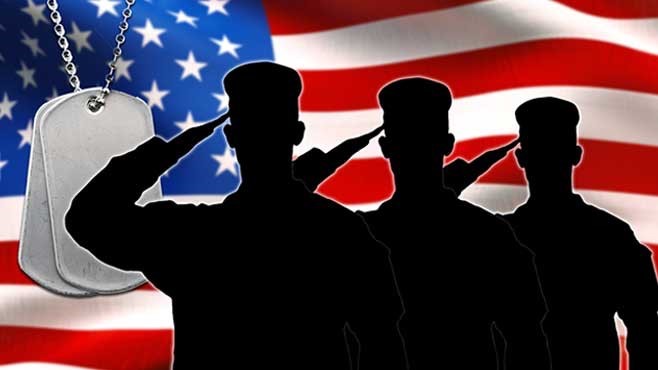 Research tells me that my early encounters dealing with veterans, was before it was called ‘Veterans Day.’ It was then called Armistice Day until just about the time I became a teenager, it was renamed (1954), to encompass all generations that fought in American wars. Prior to that, the holiday was to honor the signing of the armistice of the (First) World War in 1918.

I remember that some of the old soldiers gathered on the main streets in front of the stores up and down Madison, and around ‘town corner’ at Main Cross. Those World War veterans sometimes dressed in their old uniforms that to me seemed obsolete. The pants had wrapped leggings with drab green, wooly, stiff fabric that would make you itch just seeing it. They displayed the earned marksmanship metals and others types, including the Victory Medals and theater ribbons that told the knowledgeable observer where the old man had served. I remember my mom pointed out to me an old man that was wearing a Purple Heart metal. That, and other medals showed he had seen combat. I shook hands with several old codgers and proudly wore a red flower they pinned to my shirt. Everyone smiled and was happy, but few memories linger and the details are in a fog.

I also remember some veterans of the Second World War. They marched in holiday parades, but I can’t be sure if it was a July 4th event, or one performed in honor of Veterans Day. I know that in grade school the teachers made a strong point of how we owed those men and women who served and sometimes gave it all to ensure our freedom. While growing up, I heard a few war stories here and there, but those memories are fading quickly as I confuse what I saw in movies and documentaries over the years. Each of us have some mementos of those times. Mom kept a small scrap book with newspaper clippings. Grave yards had granite and marble monuments sprinkled about, each with dates reflecting the death of another veteran.

Over the last two hundred years the weapons and nature of war have made dramatic changes. Mounted charges of the light Calvary changed to trench warfare with chemical and automatic weapons. Then came armored divisions and better artillery, and ending the Second World War with two atomic blasts. After that it was guerilla tactics in the jungle, and now terrorist attacks on the innocent, including the citizens themselves. Regardless, countless good men and women with honorable motives have died on our behalf. Others have been wounded. Some wounds show, others ride in the recesses of thought. Sounds, smells, or other things trigger nightmares of the past. How one can experience the scenes of the Holocaust and not shiver is beyond me. 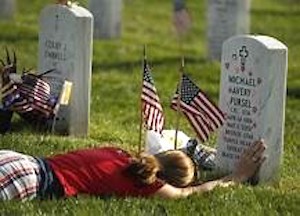 My wife’s great uncle was on a Normandy beach on ‘D-Day’, June 6, 1944. As an aging old man, he reluctantly sat and told me about the battles all the way to the ‘Battle of the Bulge’ and on into Germany. Many of his unit did not survive. While this wasn’t a memory of my ‘growing up years,’ it happened during my lifetime and by the men and women who fought for my freedoms. The media has called them the Greatest Generation. We can still see movies and documentaries on TV.  These people deserve our thanks and respect. This includes those who fought the ‘police action’ in Korea, or support troops in Viet Nam, Laos, and those who fought in the Mideast during two wars. The flower of our nation continues to fight and die all around the world. The names of many young people from Lawrence County are on the lists of those killed in foreign wars. Many are listed as missing in action and their fate is unknown. Some men and women lived but returned home wondering why they weren’t killed. Many felt guilty that a friend next to them gave the ultimate sacrifice, but somehow they themselves survived. Wounds of war are often more than those inflected by bullets, shrapnel, Agent Orange, or other munitions, but are still a serious problem. So many veterans still relive the horrors in the quiet of lonely nights. Such are the fruits of war. What is seen, experienced, or feared all carry a personal cost. I think it was Sherman that said that “War is hell.” Indeed, it is. Seeing the innocent hurt or killed, or knowing that the enemy ahead waiting in ambush, puts no value on life. They kill without discretion or guilt, thinking it as just. That is hard to fathom, as it is an insane dogma. We have seen something akin to war in this land brought on by disloyalty of some of our citizens, or by those who are mentally ill. We are also seeing wide divisions brought on by different philosophies.

Whether a church in Texas, skyscrapers in New York, or a concert in Vegas, it makes no sense to us. In the past, it was our soldiers that suffered in war and carried the memories of violence. It has come home, folks. We are nearing the place where we cannot expect to be safe by the efforts of the few. Today, we must stand ready to fight and perhaps die for the freedoms and the lives of those we love. In this way, we are all becoming veterans, a broader ‘Band of Brothers,’ trying to save lives in hope of a future like we knew, growing up. In recognition of that, our first-responders, our military, and those brave citizens who return fire and protect, all deserve our salute and our full support because today, we all walk in harm’s way.

When they hand my wife that folded American flag, and play taps, I want her to stand proud, not for anything I did, but for what so many good people have done for America. While I grew up and lived, others died so I could. Whether they worked in a mailroom, on a train, in the air, on the sea, or in the trenches, they have contributed in building this, the greatest nation on earth. On this day, and many other days like this one, we must surely pause to remember. Veterans paid the price of our freedom. Take a moment and join me in remembering those who made personal sacrifice for us. May the memories you have all be good ones.