GROWING UP IN LOUISA: Common Memories

While sitting here staring blankly at a white screen, I am struggling frankly to find a suitable subject for this week’s article. It isn’t because of age and/or medications, but because for the reader to understand and enjoy the memories brought to reflect on what is common to man. Many of my memories are in their own way unique since I was the one who experienced them. It’s a bit harder to come up with recollections that readers may identify with and enjoy. One approach has been to focus on how things ‘used to be,’ generally as a way of life. Clearly, we have lived through several eras of major changes brought on usually by invention, improved approaches, and even human errors. For example, many things have been developed for one cause only to find they are suitable for yet, another.

A classic example has an interesting story you can read at the following link. I’ve included publishing information I obtained from the web. The details are iconic and support my contention that like the late Bob Ross, “we don’t make mistakes but only ‘happy accidents.’” In the case of Play-Doh, we are talking about a product meant to clean wallpaper in the home, but that became a real winner when remarketed as a toy. https://www.businessinsider.com/the-shocking-story-behind-playdohs-original-purpose-2015-9   Davin Hiskey , Today I Found Out Sep 20, 2015, 9:10 PM

Whether we are talking about the genesis of the industrial revolution or the development of things such as utilities that has really changed the world we live in. For example, jobs that were necessary when the steam engine ruled were eliminated when we experienced by the changeover to deasil engines. Freight trains got less business with the improvement of roads and the introduction of big eighteen-wheel trucks. Highways go to places where rails don’t exist. Industry had little choice but to invent new ways   to make delivery of goods both faster and less expensive. Changes occurred we didn’t even see, but it happened anyway. 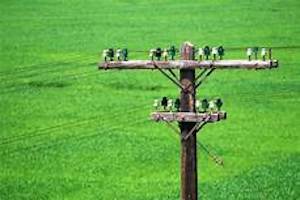 We went from having kerosene lamps as a backup to a new evolving system that provided electrical lighting. We also have seen the development and proliferation of heretofore unknown appliances. We were amazed at the new ‘instant’ food products and how much time was saved in feeding us.

Certainly communication has been greatly enhanced making us far better informed than generations before us. When people of my generation were born radio was the primary method of sharing news. They had ‘Western Union’ to send short wires, and telephones were being installed as electricity was bringing lights to the cities, towns, and even farming communities. We had movie theaters and later even air conditioning. It was like magic that the ‘wireless’ radio’s developed in TV programs that drew us into our parlors to enjoy a new kind of entertainment. Over time, our telephones became portable and added new capabilities each year. How we went from a crank wall phone to the smart phones with access to the internet is amazing. Land-lines are all but obsolete. We can now obtain the answer to most any question and get directions through our phones to any location.  We have indeed experienced some amazing things. Today, news is ‘real time’ and relatively comprehensive. We have ‘apps’ for ordering fast food, groceries, or finding the closest restaurant. We are learning to be cautious because of the risk that we have too much information, especially when some of it may be misleading. It can incite riot and panic as demonstrated first by the fake Martian Invasion, and recent troubles across the nation.

I was explaining to my wife, Suzie, the other day that we had several doctors in Louisa when I was growing up. They all had offices in their homes, but also were associated with one of the two local hospitals. Generally, we made office visits to obtain vaccinations, have medical exams, or have minor outpatient surgery. If we were sick the doctor visited us at home. If contagious, our household was placed under quarantine. This meant we couldn’t go out and no one could visit us, save to bring us groceries and block ice for the ice box. Ha! Try to get a house-call today!

We didn’t have masks in those days, but we did have situations where parents would take their youngsters to expose them to certain childhood illnesses. It seemed cruel to me at the time, but I suppose it ended up giving an immunity to many diseases. We could manage to get sick on a schedule rather than randomly. Thinking of the day was it could time the illness more or less by schedule. In our day several maladies were vanquished such as smallpox, polio, diphtheria, measles, and tetanus.

We have seen changes in the automotive industry, sometimes because of improvements such as battery operated starters, automatic transmissions, electric windshield wipers, heaters and air conditioners. Running boards disappeared about the time I was born, but I saw plenty of them before they totally wore out. We remember the ‘fins’ on cars in the mid-fifties and the muscle cars that replaced them. When I was about to graduate from high school the small cars from overseas began to show up, such as Renault, Volkswagen, MG, and Isetta.

Airplanes were changing, too. I personally have spent many hours on DC3’s, (C47) which were common two engine, propeller driven aircraft. As planes grew to four-engine they also were more suitable for passenger service. Then along came the jets, some with two decks and pressurized cabins. The latter were able to ride the ‘jet streams’ and fly over storms, on their way to distant destinations.

To the detriment of the miners, king coal was labeled as environmentally bad and man looked for replacement for power. Hydroelectric, natural gas, oil, and solar is replacing coal as a fuel in much of the world. Much of what is being mined now is shipped overseas instead of supporting our heavy industry. 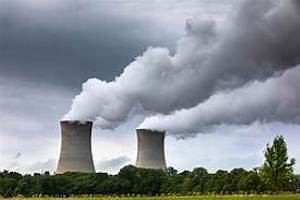 Nuclear power is found on ships at sea and in electric plants, but because of radiation damage to the environment brings a serious threat if mishandled. What will come of this dilemma is yet to be seen. We know, for sure, that the world has become power hungry in support of the many new industries.

We see by the use of web browsers that the written word is being distributed in new ways. Daily papers all around the world are being seen as ‘too slow’ or ‘localized’ to be of use. As the presses are shut down there is a scramble to find new ways to communicate. The electronic media is by nature faster and more up-to-date. We can see events as they are streamed to our smart phones in real time.  We once read of wars and weather conditions, but now we can watch as it happens. Nearly everyone carries a camera as part of their cell phones. They are able to film and post most anything on multiple platforms at any given moment.

Yes, things have changed a lot in our lifetime. It is said the only constant is change. What a ride this has been for this little boy from Kentucky. I don’t know what’s next, but rest assured, it won’t be the same. Whether it is a wild choice of new dishes from all around the world, or new products to make life easier, or new modes of self-driven transportation, I don’t know, but I’m growing suspicious something else new is on the horizon.

BULLDOG SENIORS COME UP BIG IN SENIOR NIGHT VICTORY OVER FLOYD CENTRAL, DAWGS WRAP UP #2 SEED IN CLASS 3A DISTRICT 8