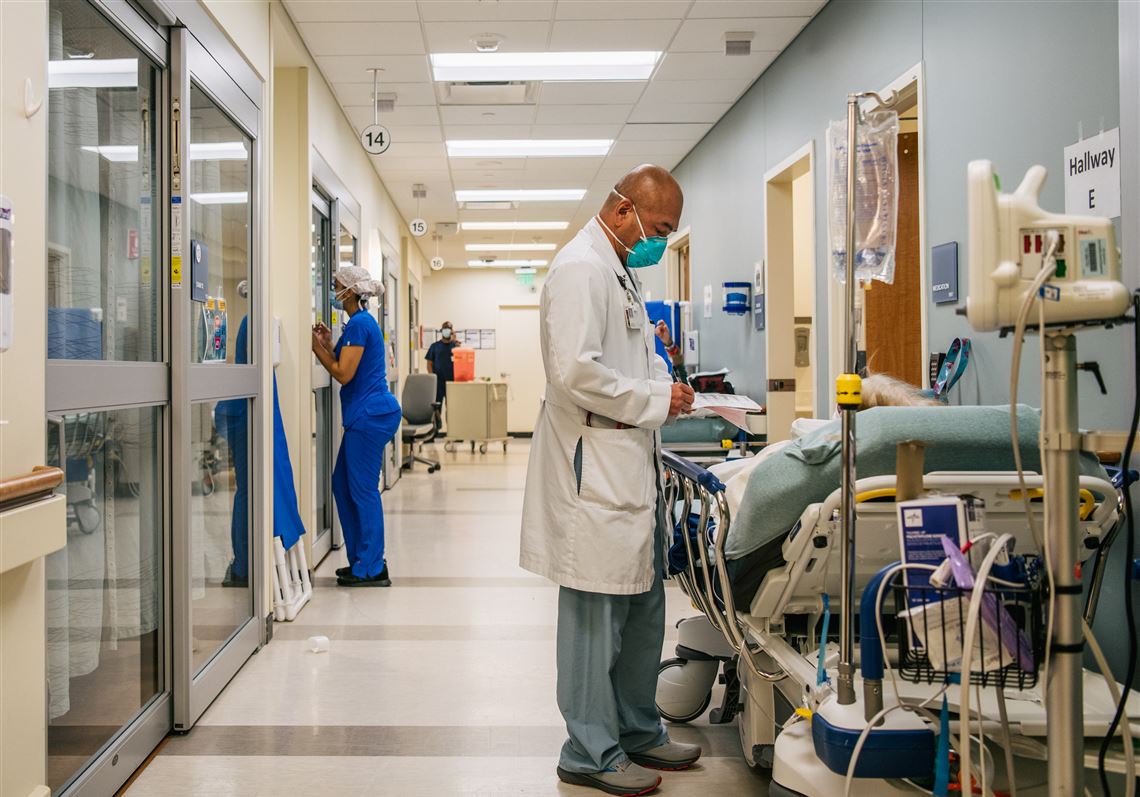 At Houston Methodist – one of the first American health-care institutions to require workers to get vaccinated against the coronavirus – the backlash was short-lived.

More than 150 employees were fired. There were legal battles and protests. But President and CEO Marc Boom has no regrets: 98% of staff have been vaccinated, and they and patients are safer as a result, he said.

“I can unequivocally say [it was] the best decision we ever made,” Boom said in an interview.

Houston Methodist is not alone in requiring its employees to be vaccinated. About 41% of hospitals nationwide – roughly 2,570 facilities – have some sort of vaccine mandate, according to data collected by the American Hospital Association, a trade group. Others are expected to follow after President Biden announced last month that he would require most health-care facilities that accept Medicaid or Medicare funding – many of which also treat immunocompromised people who are at high risk of getting severely ill from covid – to vaccinate their employees. 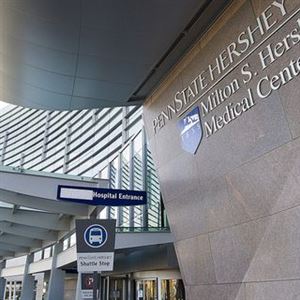 Most health-care systems that require vaccination have touted widespread compliance. In interviews, administrators at some of the nation’s largest hospital systems said the mandates worked: Officials said that they have very high vaccination rates they attributed to the requirement and that they have seen coronavirus infections – and sick leaves – noticeably drop.

At Novant Health, a 35,000-employee health-care system in four Southeast states, more than 99% of workers have complied with a vaccine mandate, spokeswoman Caryn Klebba wrote in an email.

“Without a vaccine mandate for team members, we faced the strong possibility of having a third of our staff unable to work due to contracting, or exposure to, COVID-19,” she said. “This possibility only increases heading into a fall season with the more contagious and deadly Delta variant.”

California-based Kaiser Permanente, with 216,000 employees and 23,000 physicians, reported that more than 92% have been vaccinated as of Sept. 30, when staff members were required to get the shot, spokesman Marc Brown wrote in an email. About 6% of the workers were unvaccinated but sought exemptions, leaving 2% who did not comply and were placed on unpaid administrative leave, Brown said. He said since then, “many” of those workers have agreed to get vaccinated or applied for an exemption, but he did not specify a number.

In New York, a statewide vaccine mandate for health-care workers, which went into effect on Sept. 27, increased the number of people getting immunized. Ninety percent of the state’s health-care workforce is now vaccinated, according to state data. Northwell Health, the state’s largest provider, said it fired 1,400 employees – less than 2% of its 76,000-member workforce – for refusing to get vaccinated. Northwell said it expects no interruptions to its service as a result of the terminations.

A federal judge ruled Tuesday that the state must continue to allow health-care workers to request religious exemptions as a lawsuit over the state’s vaccine requirement proceeds.

But many hospitals still lack mandates, and efforts to vaccinate every eligible staff member have lagged. Some officials fear that staff members, overwhelmed from the summer delta variant surge, could remain exposed amid a potential “twindemic” of covid and flu spikes this winter.

The federal government does not require health-care facilities to share their vaccination data. But at more than 2,000 facilities nationwide that voluntarily reported numbers to the Department of Health and Human Services, approximately 1 in 4 hospital workers are unvaccinated, according to data provided last month.

CommonSpirit Health, with 137 hospitals in 21 states, said “most” employees are vaccinated ahead of a Nov. 1 deadline to respond to the system’s mandate. At CommonSpirit’s California facilities, where a statewide mandate went into effect Sept. 30, more than 90% of the system’s employees are vaccinated or have received an approved exemption, according to a company statement.

Even at hospitals that have not yet mandated shots, administrators have touted their vaccination rates. A spokesman for HCA Healthcare, which has 185 hospitals in 20 states and the United Kingdom, said the “majority” of its employees are vaccinated, but did not give a specific figure.

Yet the unvaccinated minority of hospital workers have drawn the public’s attention with their vocal opposition in the form of protests and lawsuits. Hospital workers have filed or joined lawsuits in at least eight states – including Oregon, Minnesota and New York – against their employers or public agencies over vaccine mandates.

Houston Methodist, too, made headlines over the summer for suspending 178 employees who did not get vaccinated – after a judge dismissed a lawsuit from 117 employees who challenged the mandate, alleging it was reminiscent of Nazi-era “nonconsensual human experimentation.”

But Boom says the headlines belie the fact that very few – less than 0.6 – of Houston Methodist’s 26,578 employees quit or were fired because they refused the vaccine. Ninety-eight percent are now vaccinated and 2 were exempt or allowed to defer, most for medical reasons, Boom said.

On Monday, Texas Republican Gov. Greg Abbott issued an executive order banning any entity in Texas, including private businesses, from requiring vaccinations for employees or customers. Boom said he was “grateful” the hospital had mandated vaccinations “early so the order will not have an immediate impact.”

Jared R. Woodfill, a lawyer representing workers who were terminated, said in an interview and a letter sent to the hospital that Abbott’s order applies to his clients and they should be reinstated – an argument he said he plans to make in his ongoing lawsuits against the hospital in state and federal court. Stefanie Asin, a hospital spokeswoman, said, “There is no merit to what he is saying.” The hospital will not rehire the unvaccinated former employees, Asin said.

Boom credited the widespread vaccinations with keeping 300 workers from getting sick over the summer, according to an analysis the hospital conducted of short-term disability leaves. Staff members who did get sick with covid-19 reported less severe cases, Boom said, and no employees died over the summer. Houston Methodist lost two workers to covid-19 in summer 2020.

Despite the clinical and real-world evidence that vaccination not only protect the person who gets their shots but those around them, some hospital workers have still declined to get vaccinated, leaving hospitals in some parts of the country struggling to convince them.

Arnhild Espino, a registered nurse at Legacy Mount Hood Medical Center in Gresham, Ore., was put on administrative unpaid leave on Sept. 30 for refusing to get vaccinated. She was among 794 workers – approximately 5 of Legacy’s 14,000 employees – who were not yet vaccinated. Espino is searching for employment elsewhere and is considering seeking a license in Florida, where vaccination requirements are lax. After Abbott’s order, Florida Republican Gov. Ron DeSantis pledged in a news conference to explore options to prevent employers from firing workers over not getting vaccinated.

“Oregon state is stripping away my livelihood and everything I hold true,” Espino said.

Since Espino and others were put on administrative leave, 114 employees have come into compliance and 97 are on their way to becoming fully vaccinated, Legacy spokeswoman Kristin Whitney said. Still, the system of six hospitals and about 70 clinics has temporarily consolidated or closed services, including CT, mammography and ultrasound, at about 10 facilities to lessen the burden on staff from employees on leave. There were 986 exemption requests, of which at least 897 were denied, according to an internal presentation shared with The Washington Post.

One nurse in Washington state, who spoke on the condition of anonymity because her employer does not allow employees to speak to the media, had initially sought an exception and was denied and suspended.

The nurse said she considered going into child care. Her family sold one of their cars and she weighed applying for food stamps. Unemployment was not available to those who lost their jobs because they declined to get vaccinated, she said.

But after taking a break from social media, praying and talking to her husband about the financial risks of losing her well-paid job, she said she changed her mind. Now, she plans to get vaccinated and return to work.

Workers leaving their jobs are also reckoning with stepping away from hospitals at a time when staffing is most needed.

When asked what a loss of 1 of health-care workers could look like in New Mexico – which has mandated vaccination for those employees – David Scrase, the acting head of the state’s Health Department, said the impact on an already strained system is considerable. But he added that even if unvaccinated workers kept their jobs, they could be out for long periods if they became infected and got seriously ill.

The high compliance numbers that many hospitals cite do not always tell the full story. Some hospitals are more lenient than others in granting exemptions, which may lead to a larger share of unvaccinated staff choosing to skip vaccination without losing their job.

About 10% of the 20,000 employees of MUSC Health, the clinical network of the Medical University of South Carolina, received permission to skip vaccination for religious or medical reasons, according to Patrick Cawley, its CEO. In a typical flu season, less than 1% of MUSC Health employees are exempt from the influenza vaccine, Cawley said.

Unlike some other hospitals that set up committees to examine exemption requests for merit and decide whether to grant them, MUSC Health “did not do that,” Cawley said. “I have everybody’s explanation . . . and at the moment we haven’t done anything with that other than accept it.”

“I do think some people probably used those exemptions more than they should have,” Cawley said.

Other hospital networks have reported small fractions of workers receiving exemptions. Less than 4 of UNC Health’s 30,800-person workforce were granted religious or medical exemptions, according to Matthew Ewend, the chief clinical officer of the state-owned network of 14 hospitals, 18 hospital campuses and more than 500 clinics in North Carolina.

Ninety-nine percent of the workforce is vaccinated or exempt, Ewend said, but the system could lose nearly 300 staff members if they don’t get vaccinated by Nov. 2, the end of a probationary period.

“We’re talking a lot about the 2 who aren’t in compliance, but a huge swath of our workforce came into compliance, and not only did that, but did it willingly,” Ewend said. “And I think their voice sometimes is lost because we are thinking about the folks who have struggled with this.”