Louisa, Ky. — Lawrence Co. Volleyball will go into next week’s 58th District tournament on a high note after a 3-1 victory over Prestonsburg in the final regular season home game on Wednesday. 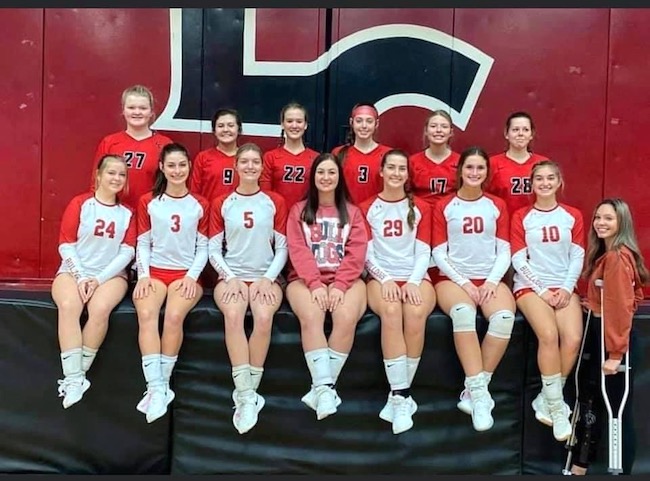 The VolleyDawgs fell in the first set of the match 25-20.

In the second set the Bulldogs evened it up with a 25-22 victory.

In the fourth and final set Lawrence Co. closed out the match with a 25-22 victory.

The VolleyDawgs will open the 58th District tournament at host Floyd Central ( 18-6 ) on Tuesday at 6:00. The two teams met twice in the regular season with the Jaguars winning both contests.

Prestonsburg and Betsy Layne will meet in the other semifinal set for Wednesday at 6:00

The championship game is slated for Thursday October 21st at 7:00.

“… Overall, players made adjustments and communicated much better compared to games played earlier in the week. I am excited we were able to end the regular season on a high note and I look forward to taking this momentum into next week’s district game against Floyd Central, which is a great team with a consistent skill set. As long as we are consistent in our passing and serves, plus continue to be aggressive at the net, we will be successful. I look forward to bringing it all together on Tuesday!”