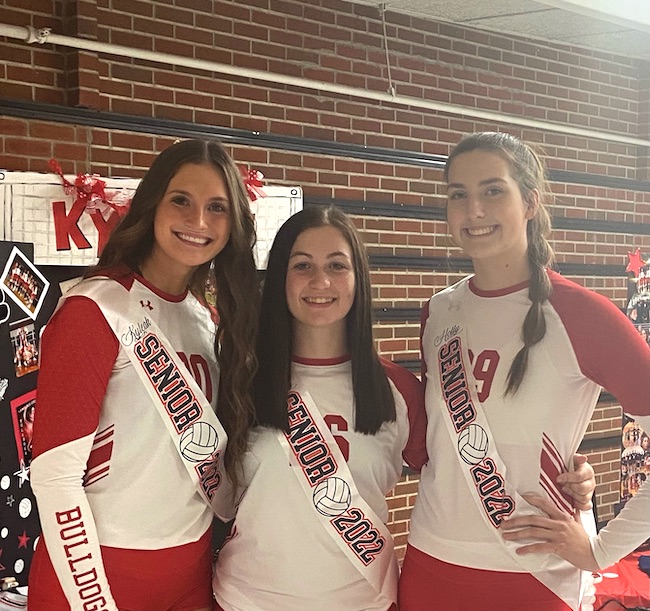 The VolleyDawgs fell to 6-21 but all three games against the Lions were very entertaining.

Lawrence Co. will close out the regular season with a District matchup at Home tonight at 7:00.

“… Collectively this group has been a part of our greatest seasons in LCHS history but also the most difficult due to Covid, injuries, quarantines, and new roles. I am proud of their resiliency and ability to overcome adverse situations, which will help them later in life. “

“… Kyleah, Whitney, and Holly are instrumental in turning this into a program that young people want to be involved with. Each one of these players have made significant gains athletically and also have become positive influences on those around them. I am proud of our senior class and so excited to see what they do in their future! I appreciate all they’ve contributed to this program and grateful for them paving the way for our future successes.”