LCHS BOYS SOCCER SHUTS OUT JOHNSON CENTRAL IN REGION TOURNAMENT, WILL FACE PRESTONSBURG FOR THE 15TH REGION TITLE ON WEDNESDAY

The SoccerDawgs huddle up before their semifinal game against Johnson Central. 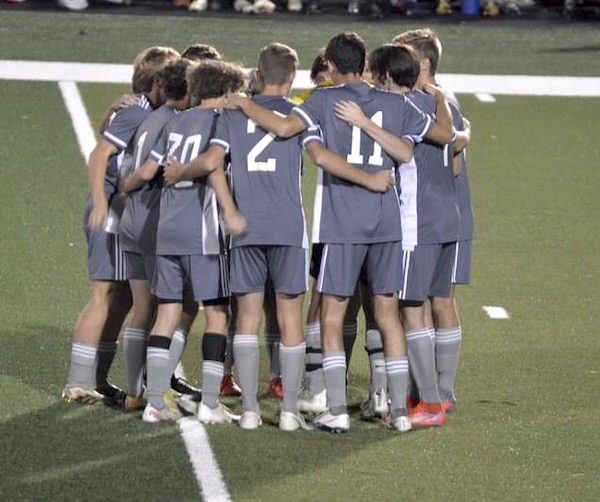 The SoccerDawgs improved to 14-2-2 with the victory.

Blake Maynard put the Dawgs on the scoreboard on a free kick 15 minutes into the game.

Ryder Brown finished a shot off of an assist from Matthew Clevenger at the midway point and the Dawgs led 2-0 at half with all of the momentum.

Just 8 minutes into the second half Luke Johnson sent a long ball to freshmen Sam Lefever who dribbled across a couple of defenders to rip a shot into the lower right corner to make make it 3-0.

Goalie Trenton Adkins ended up with 6 saves and another shutout win.

Blake Maynard scored the opening goal for the Dawgs on Monday night in the Region tournament. 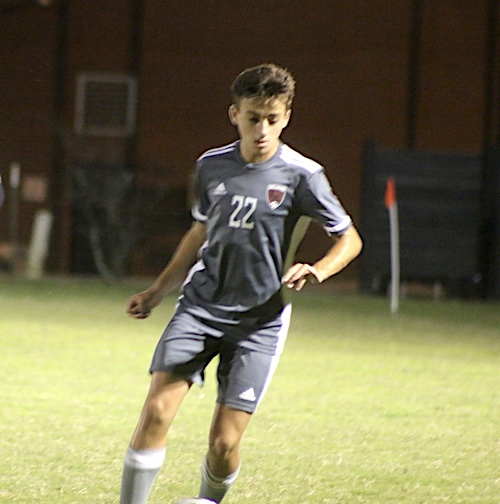 The Bulldogs will face Prestonsburg ( 20-2 ) on Wednesday at Johnson Central after the Blackcats beat Pikeville 10-0 in the first semifinal.

The Dawgs and Blackcats met on September 6th with Prestonsburg winning 3-0.

“…This was a great win for us. The last time we played at Johnson Central it was a very tight high scoring game at 5-4. They scored more goals on us than anyone this season and we knew we needed to play well to get the win. They boys really played tough from the whistle and kept JC from mounting a good attack. We are looking forward to being back in the regional championship game against Prestonsburg on Wednesday.”