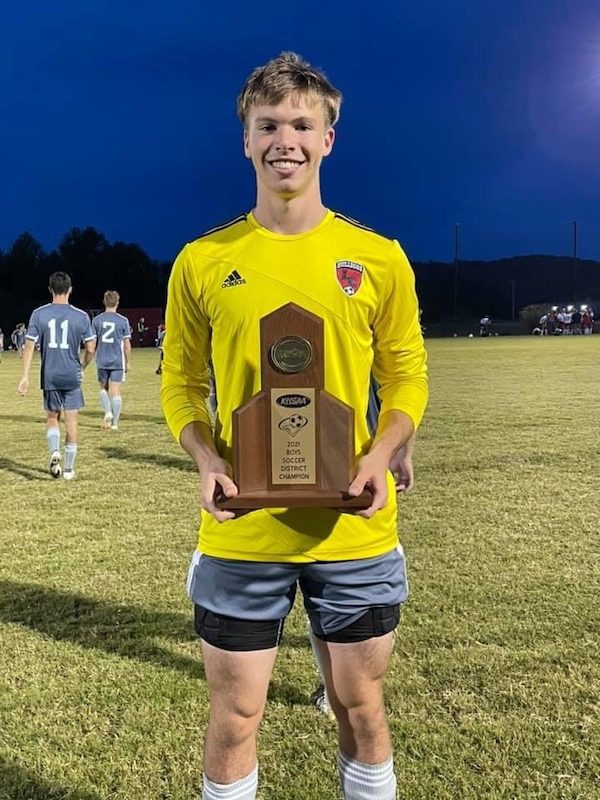 Trenton Adkins was once again outstanding in goal for the shutout.

Luke Johnson finished with 5 goals and 1 assist, Blake Maynard contributed 3 goals and 3 assists, Ryder Brown and Ryland Brady had one goal each, Brian Nelson had 2 assists, Matthew Clevenger, Andrew Vinson, Zach Holt, and Logan Southers each added an assist for the victors.

The Dawgs will play Johnson Central ( 10-9-3 ) next week in the Region tournament with the site still to be determined.

Belfry will play Prestonsburg in the other semifinal.

“… It was great to have the opportunity for this class of seniors to win 4 straight district championships.”

“…They are a special group and have accomplished a lot in the 4 years of this program.”

Now we look to play Johnson Central next week. It really didn’t matter who won between JC and PBurg because we will have our hands full with a quality team from the 57th district. Our team has lost one match this season in the run of play, and I believe we will be in the thick of it next week for regionals.”