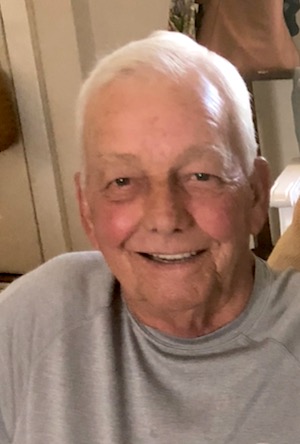 James was born June 6, 1942 in Fort Gay, WV to the late Paul and Clovia (Lemaster) Holt. In addition to his parents, he was preceded in death by his son Ronnie Holt; sister Helen Perry; brothers Claude Holt, Bruce Holt, Michael Ray, and Terry Holt; sister in law Kim Holt; and brothers in law Mike Perry, Johnny Crabtree, and Ernie Endicott.

James was a family man and loved being a caretaker. His grandchildren were his pride and joy. James loved to hunt, fish, and garden. He loved antique cars and dragsters and was a master of building motors. James enjoyed being a storyteller, no matter if they were true or not.

Funeral services will be conducted Saturday, October 9, 2021 at 2:00 PM at the Young Funeral Home Chapel with Brother Chuck Price and Brother Tim Ellis. Burial will follow in Greenlawn Cemetery.

Friends may visit the family on Saturday, October 9, 2021 from 12:00 PM until time of service at the Young Funeral Home Chapel. The family requests attendees to wear a facial covering.

In lieu of flowers, the family requests expressions of sympathy take the form of donations to Community Hospice.

Young Funeral Home has been entrusted with the care of Mr. Holt and his family.