Louisa, Ky. — Lawrence Co. girls soccer ( 12-6 )will play for a District title tonight after their 13-0 victory over Shelby Valley Monday at Home. 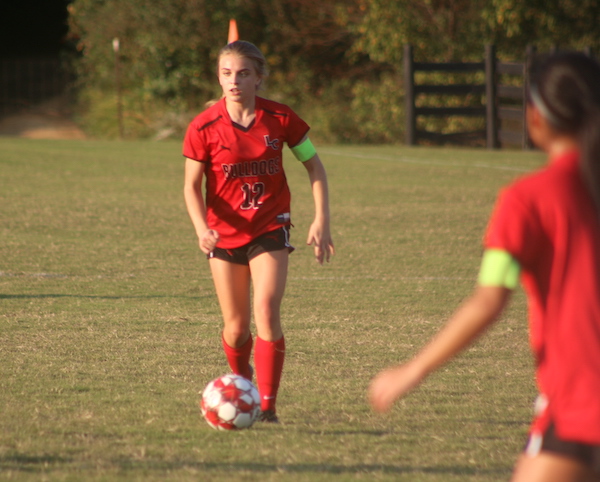 Brylee Blair led the victors with 4 goals and 2 assists,

#18 Brylee Blair finished with 4 goals and 2 assists against Shelby Valley. 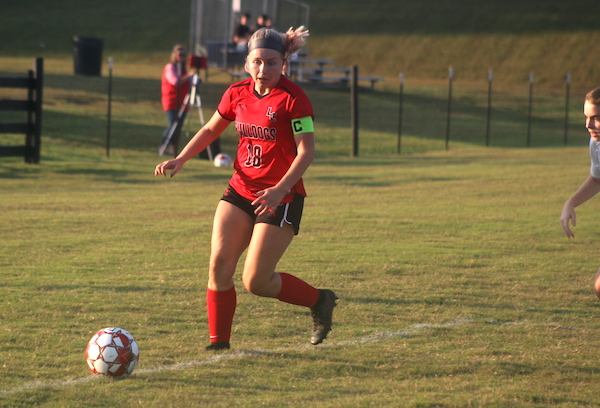 The Bulldogs will play Belfry ( 8-10-1 ) tonight at 8:00 after the Pirates beat Pikeville in the second game on Monday night.

#2 Katy Compton scored one goal Monday in the District win. 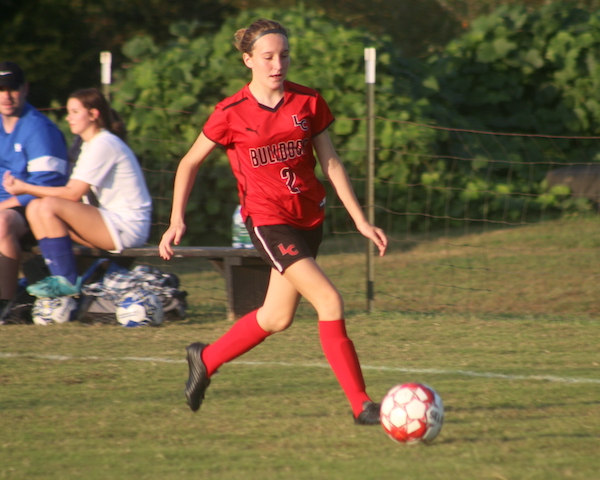 Both teams will advance to the Regional tournament next week at Belfry.

The Boys team from Lawrence Co. got the bye in the first round and will play Pikeville tonight at 6:00 after the Panthers beat Belfry 2-1 on Tuesday night in Louisa.

Both teams will advance to Regional tournament next week.

“… Hosting the district tournament here at LC is great! Coming into the Shelby Valley game we stressed to play as a team and incorporate everyone so we don’t pick up bad habits. The girls did a great job and listened as 7 different players scored and 6 different players assisted goals. This is a very special group of players and we are looking at winning our 11th straight district championship Wednesday against Belfry.”

“… We have played them 3 times already including the section 8 championship of the 2A. That game was tied 1-1 at the half and they gave us all we wanted and then some that game. We were able to pull away late in the game but I really expect them to come out ready to play Wednesday. I think our girls are ready and looking forward to raising that 58th district trophy once again. This will be our seniors last game on the field at LC so I would like for everyone to come out and support both the boys at 6pm and the girls at 8pm. What a night it’ll be to raise both trophy’s for the boys and girls!”