Alex Strickland breaks into the open against Boyd Co. 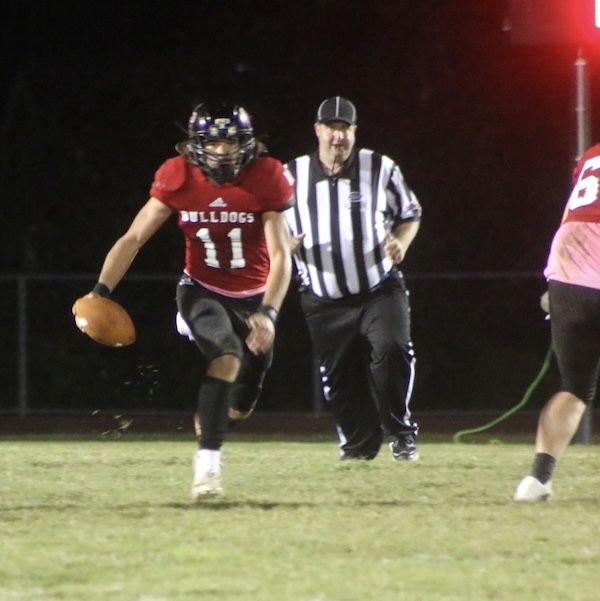 Boyd Co. ( 3-4 ) jumped on the board first on a 38 yard touchdown pass from Dakota Thompson to Trey Holbrook and Cole Thompson added the PAT with 8:58 left in the first quarter.

The Dawgs tied it up on a 59 yard touchdown jaunt from Dougie Hall and Logan Southers added the extra point to make it 7-7 with 3:36 left in the first quarter.

Dougie Hall out runs the Boyd Co. defense for a touchdown. 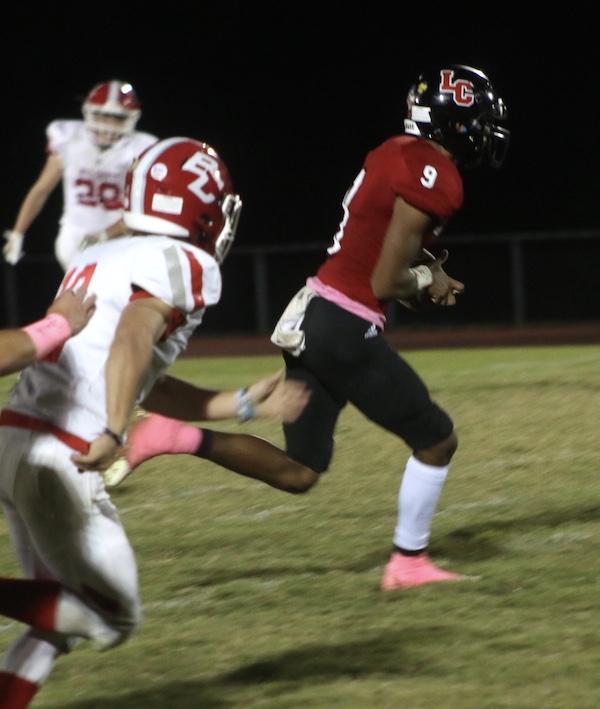 The Lions retook the lead when Dakota Thompson went in from 7 yards out and Cole Thompson made it 14-7 with :46 left in the opening stanza.

In the second quarter with 6:55 left before half Dylan Ferguson fought his way in from 20 yards out to make it 14-13 and on the extra point try Boyd Co. jumped offsides so the Dawgs went for two and Ferguson plowed his way in for the 15-14 lead and Lawrence Co. never trialed again. 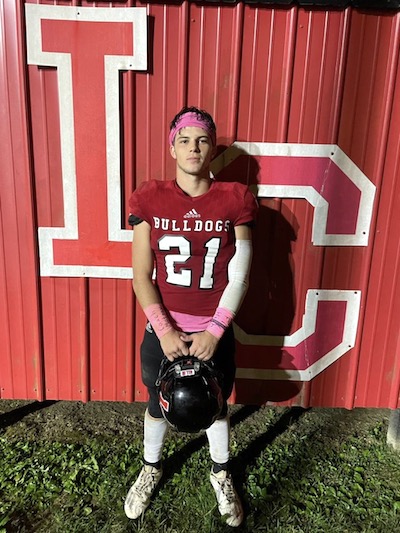 In the second half the Bulldogs out scored the Lions 20-0 on two touchdown runs from Blue Fletcher one from 17 yards and one from 38 yards. Dougie Hall put the capper on the victory with a 40 yard burst and Southers made two out three extra point kick to set the final score of 35-14.

The Bulldogs were led by Dylan Ferguson with 128 yards, Blue Fletcher 124 yards, Dougie Hall 119 yards and Alex Strickland chipped in with 36 yards.

Strickland completed 2 passes for 23 yards, one to Fletcher for 15 and one to Ferguson for 8 yards.

The Dawgs will play their second district game when they travel to Pike Co. Central ( 3-4 ) next Friday.

Boyd Co. will travel to Covington Holmes ( 4-2 ) for a district contest. 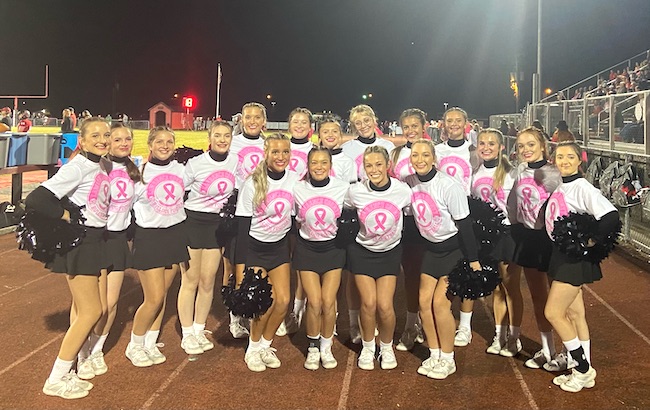 “… Our thoughts and prayers this week are with the family of Braxton O’Brian as well as the family of Coach Jim Matney and the Johnson Central football program.”

“… I thought our guys played extremely hard last night. We were excited to play. We got settled down at halftime and played better in the 2nd half. Our level of conditioning was a big factor in the second half. Our guys understand why we work so hard on conditioning.”

“… Offensively, we did not play as clean of a game as we would have liked. You aren’t going to win many games when you put the ball on the ground as many times as we did. Honestly, we as a staff felt that having guys in quarantine for 10 days with no practice was a factor in us not being in rhythm offensively.”

“… Blue Fletcher, Dylan Ferguson, and Doug Hall all had outstanding games. They all three ran hard, blocked well for each other, and broke tackles. We thought Alex Strickland made some good decisions as well.”

“… Defensively, I thought we were outstanding except two plays. Caden Ball had a monster game, he was all over the field for us defensively. I felt that Kaden Gillispie, Talan Pollock, Alex Strickland, and Nick Collinsworth had a great impact on the game with their coverage.”

“…Hats off to Boyd County. Coach Ferguson does a great job with his program. Their kids played hard and gave us everything we wanted. Even though we didn’t play as well as we would have liked, happy to come out of last night with a win.”

“… Back at it Monday to start prepping for a huge district rivalry game with Pike Central.”

GROWING UP IN LOUISA: Coal: Blessing or a Curse?