MAJOR SPIKE IN CORONAVIRUS CASES COMES AFTER NUMBERS WERE DECLINING IN LAST 3 WEEKS; BUT SIGN OF AN UPTICK WAS IMMINENT AFTER LAWRENCE CO. FOOTBALL GAME WAS CANCELLED ON FRIDAY 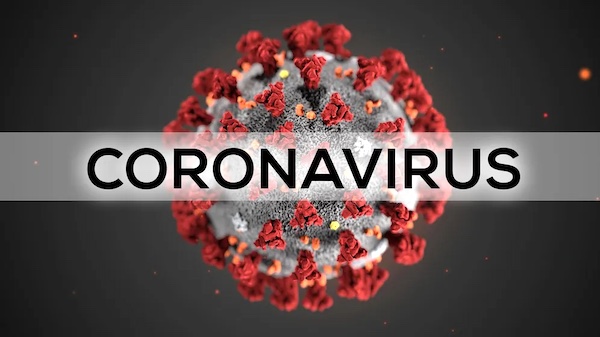 After Lawrence County started out the month of September at an all time high of new day to day COVID-19 cases and active cases, after a lowering of new positive case numbers for the past 3 weeks, the numbers of positive cases are shooting up once again.

That is the second highest number of new cases in a reporting period for Lawrence County, which the highest was 96 cases reported for September 3-6, 2021.

Of the 94 new positive cases, 15 were breakthrough cases (meaning those who tested positive had already been fully vaccinated for the various coronavirus variants). Also four people of the new 94 cases had to be hospitalized.

September 2021 has been the worst month for new coronavirus numbers in Lawrence County during the 18 months of the global pandemic; and there are still three days left in the month. Ii has been the latest rising wave of cases that began back in mid-July, after the end of spring brought both new positive and active cases numbers to near zero in June 2021, and through the beginning weeks of the summer.

An analysis of the COVID-19 case numbers for the past nearly four months shows how things went from a near standstill in the transmission rates in Lawrence County to the burning toll numbers that we have been going on the last several weeks.

For now, it appears that the total case numbers for Kentucky have been going down since early last week, but not so much for eastern Kentucky. As of Monday, 116 counties across the state are in the red zone on the state’s COVID-19 incidence rate map, including all but one county in the mountain counties of eastern Kentucky, with Magoffin County leading the state with an incidence rate of 168 per 100,000 people.
Governor Andy Bashear announced on Monday at his daily press conference that all across the board, numbers have gone down, but that this does not mean to let up on precautions.

Governor Beshear said that though they are going down, they are still too high.

“It is a good sign the numbers are going down,” said Governor Beshear. “We do need to go down a lot faster, though.”

420 of Monday’s new cases were children 18 and younger. 2,045 Kentuckians remain hospitalized. 617 people remain in the ICU, with 399 on a ventilator. That is down from Friday’s total of 2,211 Kentuckians who were hospitalized, and 632 people who were in the ICU, with 429 on a ventilator. The governor on Friday reported 3,941 new COVID-19 cases in Kentucky, of which 1,094 of Friday’s cases were children under 18. Governor Beshear reported 26 COVID-19 deaths, bringing the state’s death toll to 8,492. (which means that there were 68 COVID-19 deaths in Kentucky for this past weekend).

The state remains at 60% of all Kentuckians having received a vaccination. The 65-years-old and up age group has passed 92% vaccinated.

Governor Beshear also announced that monoclonal antibody subcutaneous injection teams will be coming to Kentucky over the next few weeks. In total, four hospitals and several primary care centers will get a team of two to four people to assist with administering injections.