Louisa, Ky. — After a 11-1 home victory over Belfry Tuesday, the Lawrence Co. Boys soccer team improved to 9-2-1 and have won four games in a row. 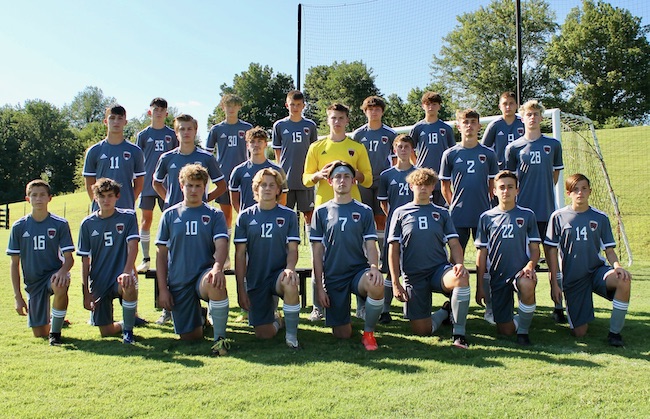 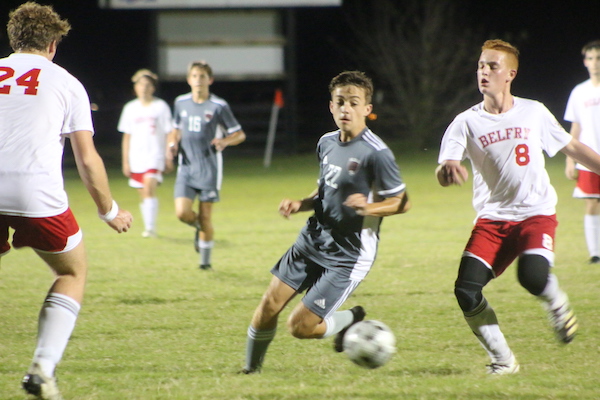 Blake Maynard scored 5 goals and assisted on 5 more, Luke Johnson found the net 4 times and added 2 assists to lead the SoccerDawgs to the home victory.

Ryland Brady and Will Dillow scored a goal each, Ryder Brown and Andrew Vinson had a an assist each.

Trenton Adkins was superb once again in goal for the victors.

#6 Luke Johnson controls the ball against Belfry in the Dawgs 11-1 victory. 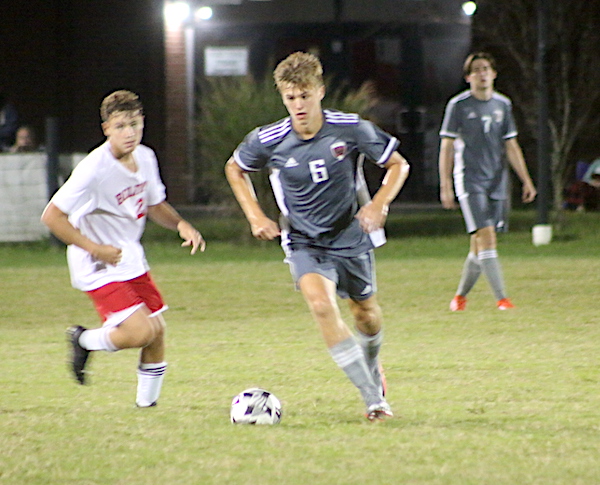 Trenton Adkins had 8 saves and Luke Johnson ( 4 ) and Blake Maynard ( 3 ) accounted for all seven goals in the home victory.

Maynard also had 2 assist, Matthew Clevenger and Brian Nelson had 1 assist each.

Blake Maynard netted 4 goals and chipped in with 4 assists and Luke Johnson scored 4 times and assisted on 1 goal to lead the Dawgs to the road victory.

Ryder Brown scored once and assisted on another goal, Zach Holt and Andrew Vinson had an assist each.

Trenton Adkins had four saves in goal for the winners.

Luke Johnson ( 3 ) and Blake Maynard ( 4 ) accounted for all seven goals in the road victory.

Johnson had 3 assist and Copper Smith, Joey Moore and Andrew Vinson had 1 assist each.

Trenton Adkins had 8 saves and allowed 1 goal for the Dawgs.

“… 4 wins in a row! The win against Martin was big for us. That is a game we have had on our minds all season. They have some great players who we have watched for years. We got things going early against them and played very well. Blake Maynard and Luke Johnson are on fire this season offensively and our defense has really come through. Trenton continues to prove he is the best keeper around. We have a big game on Thursday against an East Carter team that looks to be improving as the season progresses.”