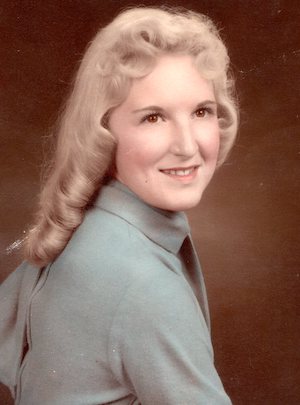 Minnie was born August 7, 1941 to the late Roland and Elva (Peery) Gilkerson. In addition to her parents, she was preceded in death by her loving husband Lloyd Lowe; brothers Garrett Gilkerson and Roland “Burkie” Gilkerson; and a brother-in-law James Waller.

The family would like to thank those at Community Hospice of Ashland for the wonderful care given to Minnie. Nurses Jackie, Debbie, and Linda provided tremendous service to Mrs. Lowe as did many others throughout the years. Also to mention are special caregivers Cricket Moore and the late Jean Thompson.

Minnie was a homemaker who took pride in her home and family. She was a natural hostess who believed everyone who visited her house should have a meal. She was a founding member of the Whites Creek Order of the Eastern Star #159. She also attended Kavanaugh Methodist Church where she was a member of their ladies group.

Graveside services will be conducted Thursday, September 23, 2021 at 1:00 PM at the Lowe Cemetery with Chaplains James Smedley and Betsy Cole officiating.

The family requests expressions of sympathy take the form of donations to a local food bank of choice.

Young Funeral Home has been entrusted with the care of Mrs. Lowe and her family.