Jasmine Justice with the hat trick to lead the SoccerDawgs, Brylee Blair knocked in a goal and had one assist, Maggie Johnson one goal, Jenna Sammons and Allyssa Howard had an assist each. 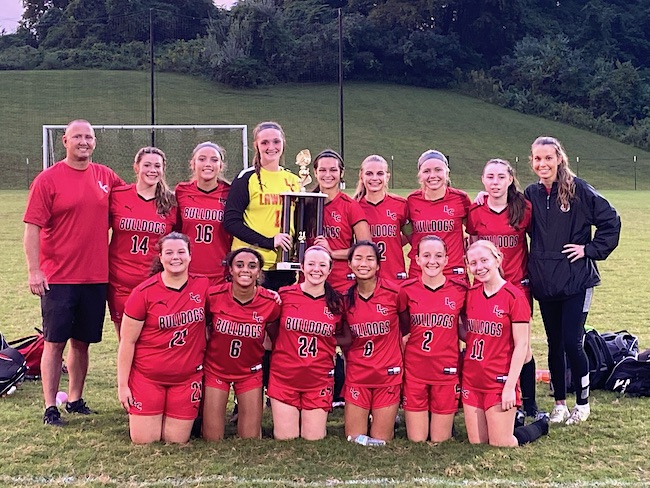 In the Class 2A Section 8 semifinals Lawrence Co.
hosted Rowan Co. and came away with the victory.

The SoccerDawgs were led by Alyssa Howard who scored 3 goals and had 1 assist, Alyssa Moore scored once and assisted on another, Jasmine Justice and Maggie Johnson each had 1 goal respectively. Brylee Blair chopped in with 2 assists and Katy Compton had 1 assist.

Lawrence Co. will return to action on Tuesday September 14th at home versus Johnson Central.

“… Hard fought game tonight. We didn’t play our best game but the ability to not have your best game and still come out with the win shows just how much heart our girls play with.”

“… We have won district championships, region championships, sweet 16s and appeared in the elite 8 and now we will represent Lawrence Co in the first ever 2A state tournament for soccer Saturday September 18th in Owensboro.”

“… Next week we get back to our regular season schedule and host Johnson Central (Tuesday) for what should be a great game.”