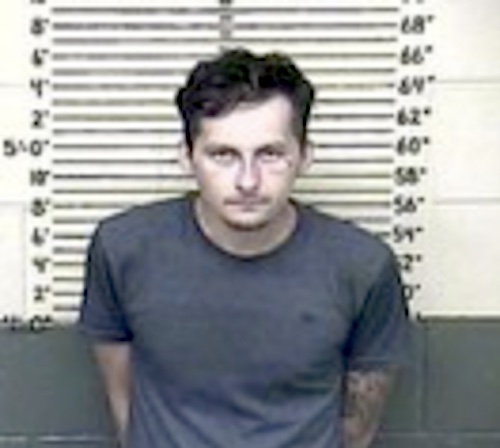 Olive Hill, KY. (September 4, 2021) –  On Saturday, September 4, 2021, Kentucky State Police Post 14 received notification that a man had arrived at Saint Clair Medical Center, after being assaulted with a knife outside a residence in the Soldier community of Carter County.

Detective David Boarman responded to the hospital, and obtained statements from witnesses. They reported that Kevin Skaggs (DOB: October 8, 1986) had stabbed Brock Porter (DOB: 2-29-1984) after he tried to intervene in an altercation between Kevin and a third party. Brock was airlifted to University of Kentucky hospital with life threatening injuries.

Kevin was later located in Olive Hill, where he acknowledged he had stabbed Brock, but claimed it was in self defense (his version of events differed significantly from witness testimony). Kevin was in possession of the knife he had used, as well as suspected heroine. He was lodged in the Carter County Jail and charged with the following: ASSAULT, 1ST DEGREE, POSS CONT SUB 1ST DEG 1ST OFF (HEROIN) and 2 COUNTS OF FAILURE TO APPEAR. The case remains under investigation by Det. Boarman.