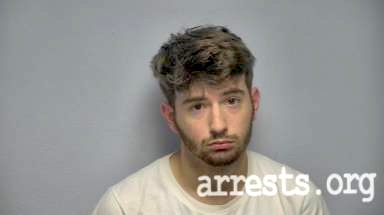 BARELY LEGAL ADULT GOES FOR ILLEGAL NOT AN ADULT: ROBERT GARRETT BARRETT, 18, OF PADUCAH,, KENTUCKY; WAS ARRESTED ON AUGUST 31, FOR DITRUNTING AND PSSOESSING CHILD PORNOGRAPHY.
A McCracken County, Ky. teenager was busted by a state police special unit after he was discovered to be engaging in activity involving child pornography.

Robert Barrett was arrested as the result of an undercover Internet Crimes Against Children investigation. The KSP Electronic Crime Branch began the investigation after discovering the suspect sharing images of child sexual exploitation online.

The investigation resulted in the execution of a search warrant at a residence in Paducah, KY on August 31, 2021. Equipment used to facilitate the crime was seized and taken to KSP’s forensic laboratory for examination. The investigation is ongoing.

These charges are Class-D felonies punishable by one to five years in prison. If found guilty and convicted in a trial on all charges, Robert Garrett Barrett could face a sentence from 4 years to 20 years in state prison.

Robert Barrett was lodged in the McCracken County Detention Center in Paducah, where he was being held on a $10,000 full cash bond; for which he posted and was released from the jail on September 1.