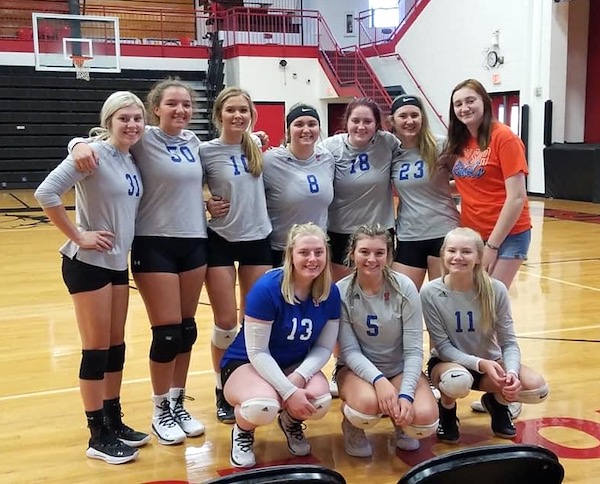 The Rebels won the match 3-1 on Tuesday to pick up their first home victory of the year.

Set one Tolsia won 25-18 behind the serving of Ella Hatfield and Autumn Block who played well all set long.

Set two Tolsia won a close one 25-22 behind Natalie Collins and Jada Salmons to put the Rebels up 2-0.

Set four it was all Tolsia early on behind Ella Hatfield who served 13 straight points to give Tolsia the early lead before Lawrence Co. battled back but fell 25-17. 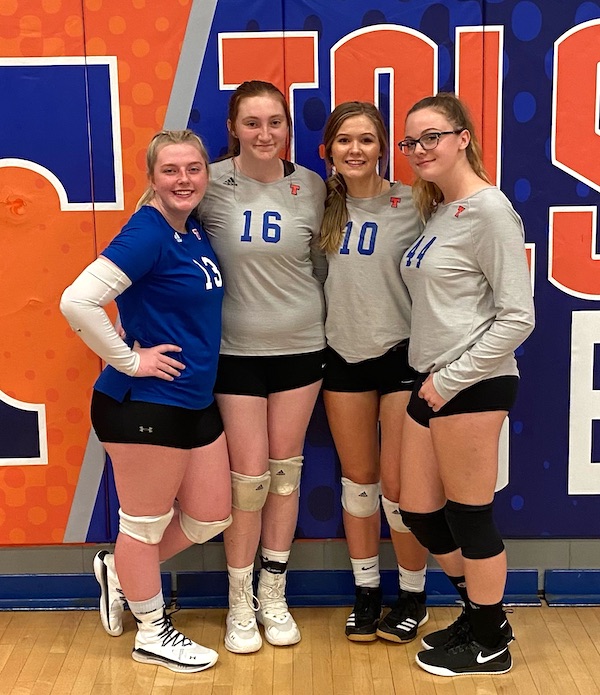 On Thursday night the VolleyDawgs traveled to Inez and beat Martin Co. in a five set classic.

Drew Compton was huge at the service line for the VolleyDawgs in their third set victory over Tolsia. 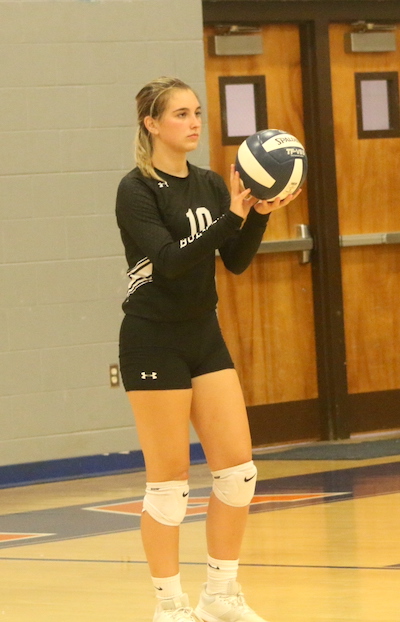 Sophie Adkins with the nice set against Tolsia as Kyleah Ward and Ally Huffman look for the spike. 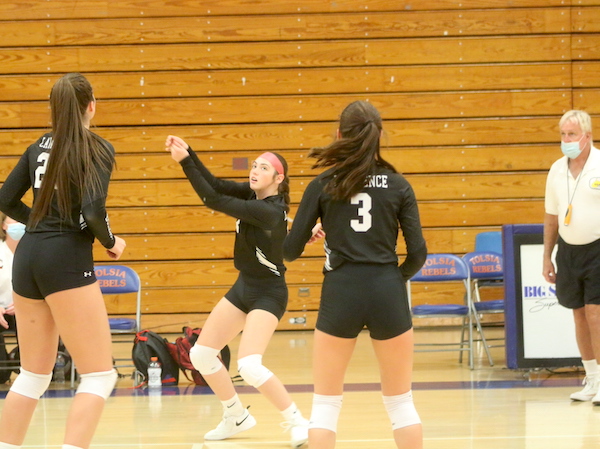 Tolsia will be back in action on Thursday at Class Triple A Cabell Midland.

“… The big early lead in the fourth set was huge for us to close out the victory. We lost the momentum after losing the third set but Ella Hatfield was on point with her serving in that set. I thought we got a little bit tired and sluggish in the third set after winning the first two and they took advantage of that.”

“… We have battled some injuries so far, plus our early season schedule has been brutal but that will only help us once we get into section and region play. We played pretty decent against 3A Spring Valley even though we lost in three sets. We also played Fairview and Lewis Co. along with Lawrence Co. in the Bulldog Bash on Saturday. We had Lewis Co. down 24-20 to go to the championship game but couldn’t close out the victory. We go to Cabell Midland on Thursday so that will be another challenge for us.”