SNAP BENEFITS TO RAISE AN AVERAGE OF $36 PER MONTH OCT. 1

The U.S. Department of Agriculture recently announced that the monthly Supplemental Nutrition Assistance Program (SNAP) benefit will increase on average by $36.24 per person, per month, or $1.19 per day.

Experts in hunger alleviation say this will have a positive benefit for rural community members in the U.S. who use the program at higher rates than those in metropolitan areas.

This is the first time there has been a cost adjustment to the plan since it was introduced in 1975, according to the USDA. In its re-evaluation, USDA was driven by the latest available data on four factors identified in the 2018 Farm Bill: current food prices, what Americans typically eat, dietary guidance, and the nutrients in food items.

Research has shown that cost is the biggest barrier to eating healthfully while utilizing SNAP.

Increasing the benefit amount will stretch the food dollar of low-income families who will be able to purchase healthier foods, said Abby Gold, program leader in Health & Nutrition at the University of Minnesota Extension. “Participating in SNAP helps to extend wages to pay for needs other than food. SNAP delivers assistance quickly and effectively to people recovering from natural disasters or economic crises,” she said. 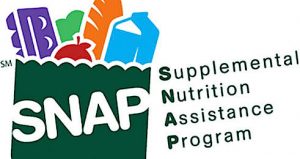 “Too many of our fellow Americans struggle to afford healthy meals,” said Stacy Dean, deputy undersecretary for food, nutrition, and consumer services in a statement. “The revised plan is one step toward getting them the support they need to feed their families.”

Access to healthy and nutritious food has consistently remained a barrier for rural Americans, said Alison Cohen, senior director of programs at WhyHunger.

“In comparison to urban or metropolitan areas, rural regions are often less equipped to handle rising hunger needs due to factors including the lack of public transportation, limited awareness and access to SNAP enrollment sites, as well as awareness about SNAP and support in the application process,” Cohen said. “SNAP is one of the best tools available to reduce hunger, in addition to being an economic multiplier for local businesses. Its increase will benefit rural households but enrollment in SNAP is key.”

“Unfortunately, a 15% SNAP boost in place since January 2021 will sunset after September 30, 2021,” Vollinger said. “Moreover, SNAP Emergency Allotments that have increased SNAP benefits to the maximum amount for households of their size expire when pandemic health declarations end — well in advance of the end of the economic crisis caused by Covid-19.”

Vollinger thinks more can be done with the SNAP program.

She said policymakers should continue Covid-19 temporary SNAP benefit boosts until economic recovery has taken hold as well as replace the Thrifty Food Plan with the Low Cost Food Plan as the basis for SNAP benefits; remove the cap on the SNAP shelter deduction so families with children can better afford both food and housing; and close participation gaps, including for college students, older Americans, immigrant households, unemployed individuals, and working families making their way up the economic ladder.

Vollinger notes that each $1 in SNAP benefits during a downturn generates between $1.50 and $1.80 in economic activity.