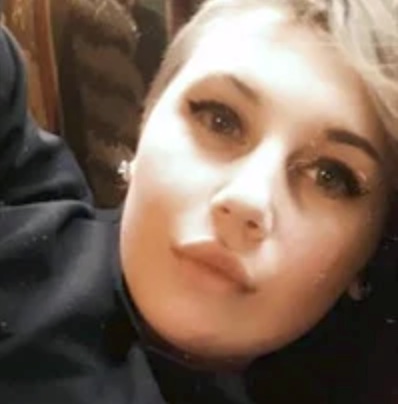 SO YOUNG TO DIE SO SOON: BROOKLYN RAIN SLOAS, 22, OF KERMIT, WEST VIRGINIA; WAS FOUND DECEASED IN MARTIN COUNTY, KY; ON THURSDAY, AUGUST 19.

The Kentucky State Police are conducting a death investigation that is underway after a Mingo County, West Virginia woman was discovered deceased in Martin County on Thursday.

According to the press release statement from the Kentucky State Police-Post 9, in Pikeville, KY; they received a call on Thursday, August 19, of an unresponsive woman at a home on Tomahawk Road, in the Tomahawk area of Martin County.

Once KSP troopers arrived at the scene, they found Brooklyn Rain Sloas, 22, of Kermit, West Virginia inside the home unresponsive. Brooklyn Sloas was pronounced deceased soon thereafter at the scene by the Martin County coroner Chris Todd.

Brooklyn Sloas’ body was sent to the State Medical Examiner’s Office in Louisville for an autopsy, KSP troopers said, as the cause of death remains under investigation.

In her obituary, it is stated as the following:

Brooklyn Rain Sloas 22, of Kermit, West Virginia passed away on Friday, August 20, 2021. She was born in Morehead, KY on July 12, 1999, to William Scott Sloas and Annetta Faye Wilson. She is preceded in death by her grandparents, Margie Lawson, Billy Sunday Sloas and Harvey Farley and great grandmother, Roberta Sturgell Maynard.