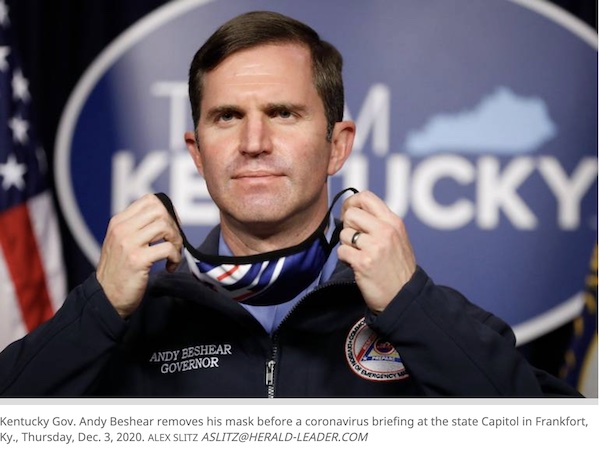 The order, signed on Aug. 10, would have required face coverings while indoors at Kentucky’s K-12 schools, child care and pre-kindergarten programs.

But that order was rescinded following a Saturday ruling from the state’s Supreme Court, clearing the way for new laws to rein in his emergency powers.

With the order rescinded, school districts can now adopt their own masking policies for children and adults in school buildings.

In a landmark separation-of-powers case, the Kentucky Supreme Court said the legislature wields policy-making authority to limit the emergency powers granted to the governor by state law.

The ruling ordered a lower court to dissolve an injunction that for months had blocked the Republican-backed laws from curbing Beshear’s executive authority.

The order could dramatically alter the state’s response to the pandemic at a time when virus cases and hospitalizations have surged because of the highly contagious delta variant.

The governor’s office quickly warned of the impact. The Supreme Court order will dissolve Kentucky’s pandemic-related state of emergency, Beshear spokesperson Crystal Staley said Saturday. The next step is to determine whether lawmakers are willing to extend the state of emergency in a potential special session, she said.