GETTING RID OF RATS IN 1953 LOUISA 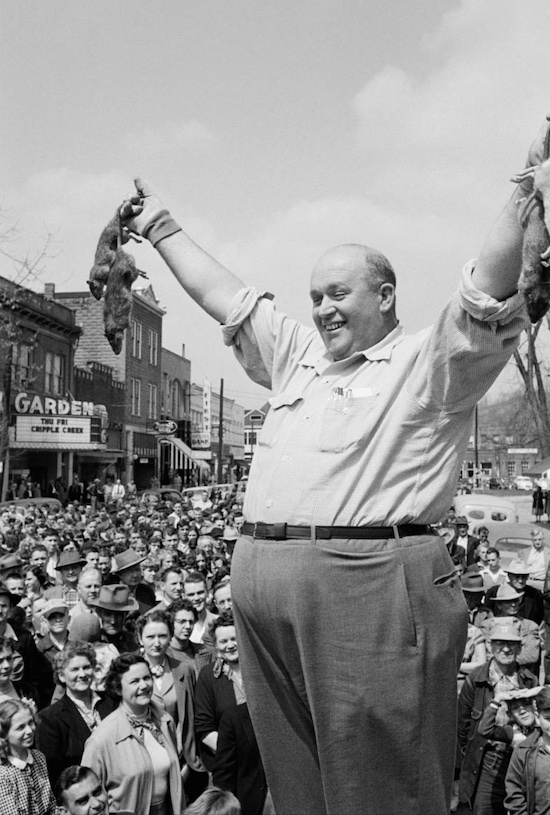 This photo was taken by John G. Zimmerman, a photographer featured in Life, Time, Sports Illustrated, and the Saturday Evening Post.

The photograph is titled “Rat Catcher, 1953”, with the caption saying “Rat catcher shows his bounty in the town square, Louisa Kentucky, 1953.”

Per Josie Little, who was contacted by Doshia Vanhoose, the daughter of the “rat catcher”.. It’s one of Louisa’s former mayors and county judges! Edgar W. “Tootie” Vanhoose!
“When Dad (Tootie Vanhoose) was mayor, the city had a town dump and the sewers ran into the river, which was a haven for rats. Dad contacted a new company called D-CON. The company supplied their product for free advertising. Dad also put a 25 cent bounty for every rat brought to City Hall. The program was a great success for the eradication of the Rat Crisis in the city of Louisa. This is the rest of the story.”
ShareTweetShareSendPinShare
Next Post