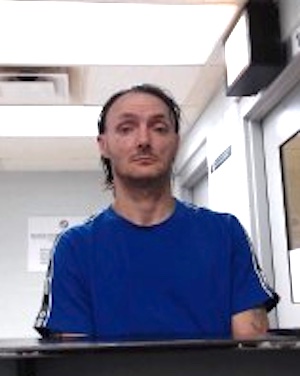 B.J. Wood was interviewed and arrested as the result of an undercover Internet Crimes Against Children (ICAC) investigation. The KSP Electronic Crime Branch began the investigation after discovering the suspect uploading sexually explicit images online.

The investigation resulted in the execution of a search warrant for B. J. Wood’s cellular phone in the city of St. Catherine, in Washington County, on July 22, 2021. Equipment used to facilitate the crime was seized and taken to KSP’s forensic laboratory for examination. The case investigation is ongoing.

B.J. Wood was transported by KSP troopers to and lodged in the Marion County Detention Center. in Lebanon, Kentucky.

The Kentucky Internet Crimes Against Children (ICAC) Task Force is composed of more than twenty-six local, state, and federal law enforcement agencies. The mission of the ICAC Task Force, created by the United States Department of Justice and administered by the Kentucky State Police, is to assist state and local law enforcement agencies in developing a response to cyber enticement and child sexual abuse material investigations. This support encompasses forensic and investigative components, training and technical assistance, victim services, prevention, and community education. The ICAC program was developed in response to the increasing number of children and teenagers using the internet, the proliferation of child sexual abuse material, and the heightened online activity of predators searching for unsupervised contact with underage victims.

Nicole Suzanne Combs, 33, of Hindman, Ky., is now charged with three counts of producing child pornography. She had previously been charged with only one count.

The new indictment alleges Nicole Combs engaged in criminal sexual activity with a 4-year-old boy on three occasions for the purpose of recording it on camera and distributing the videos.

Each of the three charges carries a potential prison sentence of 15 to 30 years. 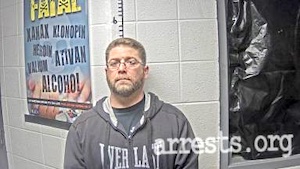 In a federal court filing on Monday, July 19, Eric Banks asked that he be re-arraigned, saying he has reached a plea deal with prosecutors. A federal judge has scheduled his re-arraignment hearing that was held later on Wednesday.

In Eric Banks’ plea agreement, he admitted to filming Nicole Combs engaging in criminal sexual activity with a 4-year-old boy on at least three occasions between September 2020 and April 2021.

Eric Banks’ plea must still be accepted by a district judge. If it is accepted, Eric Banks will face a federal prison sentence of between 15 and 30 years when he is sentenced at a later date.

Nicole Combs is currently in Texas undergoing a psychiatric evaluation and will be arraigned on the new charges when she returns.

Nicole Combs’ attorney has previously indicated he will pursue an insanity defense. 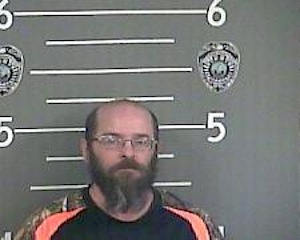 Christopher Utley was indicted in the second week of July, but he was arrested out of state and returned to Pike County by deputy Robert Orem of the Pike County Sheriff Department, on Wednesday, July 21.

Christopher Utley had his bond hearing on Thursday, July 22, at 9:00 A.M., in Pike county District Court, where he was denied and is currently being held without bond in the Pike County Detention Center. Christopher Utley is scheduled to appear in Pike County Circuit Court for his arraignment on August 4.

A Madison County man, who is a lifetime registered sex offender for distributing child sex pornography several years ago, has been arrested again, this time for a major child sex crime he alledgedly committed in the same county that he had his previous criminal trouble

Alexander Abe Ramos, 37, Richmond, Kentucky; was charged by the Kentucky State with first-degree rape of a victim under twelve years of age, on Saturday, July 17, after he was arrested on a warrant by the KSP.

According to the KSP, officers were alerted on March 15, 2020, about allegations of sexual assault between a man and a juvenile which occurred approximately eight-years-ago (2013), in Estill County.

As a result of the state police investigation, Alexander Ramos was identified and charged by KSP detectives.

Alexander Ramos was arrested on May 14, 2020, for a Parole Violation (For Technical Violation), and was ordered by a judge to serve a year of jail time, starting first in the Madison County Detention Center for a few months, and then straight on for several months in state prison.

Because of the new felony parole violation, Alexander Ramos was transported on July 17, by KSP officers to and lodged in the Madison County Detention Center. on the rape charge, that was follwed thereupon on July 19, as Alexander Ramos was taken by KSP troopers to the Three Fork Rivers Jail,in Beattyville,KY., which is in Lee County; for both the felony parole violation and rape charge in Estill County.

Sean Owens was arrested as the result of an undercover Internet Crimes Against Children investigation. The KSP Electronic Crime Branch began the investigation after discovering the suspect sharing images of child sexual exploitation online.

Sean Patrick Owens is currently charged with ninety-nine counts of distribution of matter portraying a minor in a sexual performance.

These charges are Class-D felonies punishable by one to five years in prison. If found guilty and convicted in a trial, Sean Owens could face a sentence from 99 years, to up to 495 years in state prison.

Sean Patrick Owens was transported to and lodged in the Hardin County Detention Center in Elizabethtown. He is being held on a $100,000 full cash bond. Sean Owens had his first court date scheduled for Friday, July 23, at 1:15 P.M., in Hardin County District Division court.